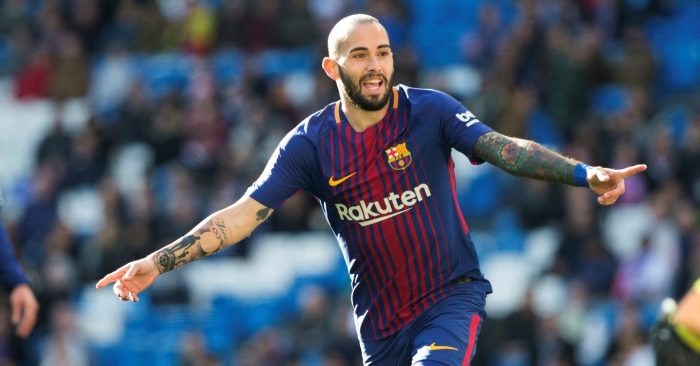 TWO DORTMUND DEFENDERS GOING SPARE
Given that Arsenal seem keen to recreate the Borussia Dortmund team of three years ago, they may be interested to learn that there are a couple of Dortmund defenders going on the cheap. And boy could Arsenal do with another defender.

Bild report that Neven Subotic and Marc Bartra could leave the club in January after they signed Manuel Akanji from FC Basel for about £19m.

Unfortunately, any potential suitor will have to move quickly. Bild reckon that Subotic has already agreed a move to St Etienne and that Bartra is likely to be targeted by clubs in Spain in order to stand out ahead of the World Cup.

VIDAL COMING TO ENGLAND. BUT NOT THAT ONE.
Are you a club in the north west of England? Are you also in the Premier League? Well then congratulations, you are in talks to sign Barcelona’s Aleix Vidal.

Spanish outlet Estadio Deportivo, which we have literally never heard of before, say that Manchester United, Manchester City, Liverpool and Everton are in talks with Barcelona over the signing of Vidal. He has played only 347 minutes in La Liga this season.

Liverpool probably fits nicely, but Vidal is unlikely to move to England this month, surely. Either he’ll stay in Spain or stay put until the summer.

MOURINHO PUTS PRESSURE ON UNITED OVER FELLAINI
It did look like Marouane Fellaini had decided to leave Manchester United, but now everyone is far less certain. The Daily Telegraph say that Jose Mourinho is putting pressure on his bosses to sort out a new deal for the Belgian. He has become weirdly important.

Mourinho has spent the last few months trying to persuade Fellaini that he can be a vital part of United’s future, but so far to no avail. Now the club will try and throw money at the problem, which is probably more likely to work.

AND THE REST
Chelsea are chasing the signature of Roma defender Emerson Palmieri… Liverpool are keeping close tabs on Stevenage defender Ben Wilmot… Chelsea have arranged a friendly for Ross Barkley.