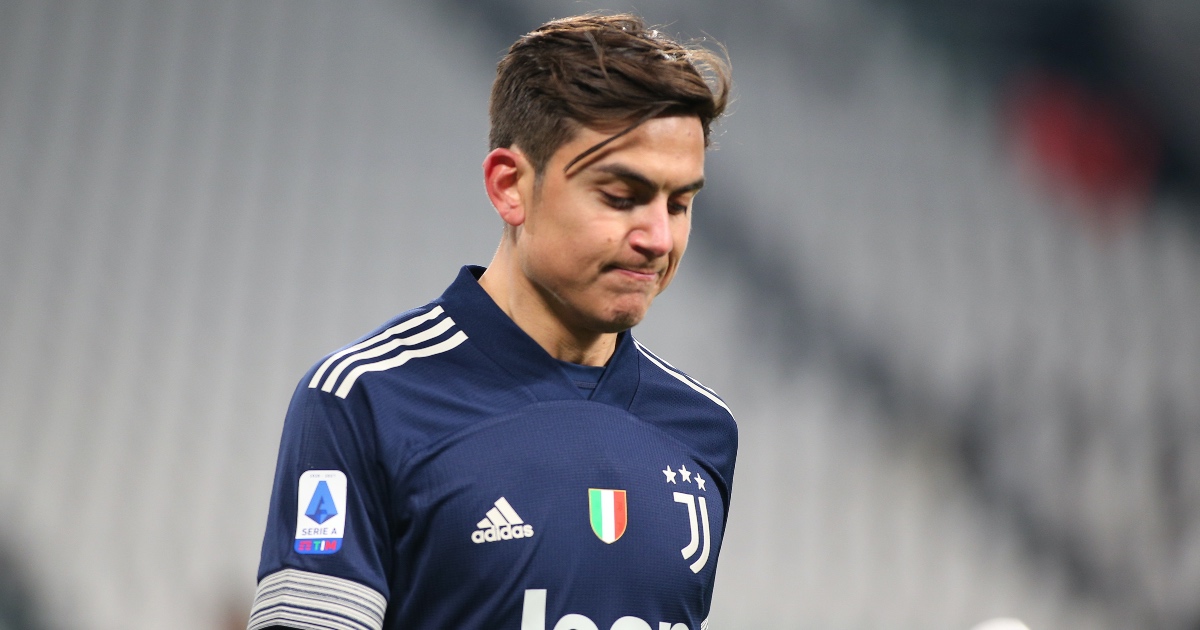 The Dybala talk is back. Could it be him or Andre Silva to replace Cavani at Manchester United?

DYBALA SWING
“Paulo still has a few problems – it’s like he’s on a swing,”Juventus director Fabio Paratici said after Paulo Dybala missed Juventus’ 3-0 win over Crotone on Monday due to his injury. “Some days he’s better and others he’s worse. He seemed okay [last week], then he felt some pain again. We have spoken [about this contract], we have been speaking and will continue to speak in the next few days and months.”

The Mirror have used these comments to push the idea that the Argentinian is about to up sticks and leave Turin. They claim his future ‘hangs in the balance’, which is technically true as his contract talks are ongoing, but will also unfortunately lead to days of transfer suitor speculation which the situation doesn’t merit.

And Goal have taken the bait, positing that ‘Juventus could look to cash in on the forward before he becomes a free agent in 2022.’

As well as Real Madrid and Barcelona, Liverpool, Manchester United and Tottenham are all supposedly ‘keeping a close eye on his progress’.

SILVA HUNT
It’s true that Manchester United will be on the hunt for a new stiker this summer if Edinson Cavani leaves the club at the end of his one-year deal.

Silva has been linked with a move to England before, in 2017, when he left FC Porto to sign for AC Milan for £32million.

Having joined Frankfurt from Milan for just £2.7million, the Portuguese striker has revitalised his career, scoring 18 Bundesliga goals in just 20 appearances.

His return to form means his value has returned to previous levels and his sale would likely provide the majority of the money required for the German club to buy back Jovic.

Why they would want to sell the second best goalscorer in the Bundesliga to buy their former striker who’s started just once since he returned from Madrid isn’t entirely clear, but we’re not here to cast aspersions…

The English shot-stopper could be on his way out of Old Trafford having grown frustrated as David De Gea remains firmly the number one choice for Ole Gunnar Solskjaer.

According to Sky Sports, Tottenham and Dortmund are the current favourites to sign Henderson.

Tottenham are especially keen to sign the 23-year-old, as a potential successor to Hugo Lloris, who’s entering the final year of his contract.

Lloris’ poor form means the club might prioritise a younger option and let him leave for free next year.

Dortmund will rival Spurs for Henderson’s signature, with the German side searching for competition for Marwin Hitz.