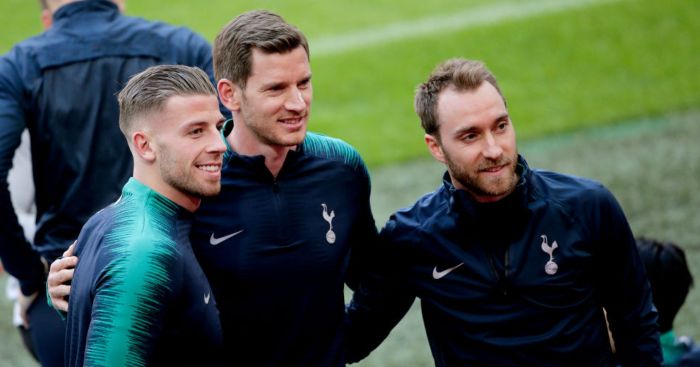 CHRISTIAN BAIL
“The problem is during the week, not when the competition arrives,” Mauricio Pochettino said in the aftermath of Tottenham’s defeat to Newcastle. “This type of situation happens in the Premier League. That is why you need to create a very good dynamic and strong team bonding and, at the moment, that situation in our group is still far, far away. The group is still unsettled and we need to find solutions.”

And find them they apparently will. The European transfer window closes on Monday and Tottenham are preparing for a crucial north London derby on Sunday, but any spare moment will be dedicated to offloading some deadwood. Not that they have an awful lot.

First up is Christian Eriksen, who Le Parisien report as a potential PSG target. The French club are sourcing a ‘replacement’ for Neymar rather than a ‘successor’, such is the Brazilian’s quality. And while Paulo Dybala is ‘the hottest track’ in that regard, Eriksen ‘is also tracked’.

PSG consider the Dane ‘a creator’ who could fill the Neymar void. ‘It is time to sell’ for Tottenham, and PSG have been a fan of Eriksen’s ever since he moved to White Hart Lane in 2013. Rated at anywhere between £72.5m and £90.6m, Tottenham would be making quite the profit. But he is worth more to them than money…

VERTY? GO
Eriksen could be joined in the departures lounge by Jan Vertonghen, who is said to be ‘furious’ at his current situation. The 32-year-old’s contract expires next summer and he is yet to feature in the Premier League this season, even with Davinson Sanchez being Davinson Sanchez.

Vertonghen ‘has been targeted’ by Bayer Leverkusen, particularly as he ‘will fit their predatory pattern’. We’re not quite sure what that means. Sounds like an awfully salacious accusation.

Anyway, this comes from German outlet Kicker, who claim that ‘it’s quite possible’ he will be joining the Bundesliga side before Monday. Quite how much Tottenham expect to recoup in terms of a transfer fee is difficult to say, mind. How does £10m sound?

POWER SERGE
A third Tottenham man could be set to leave in the form of Serge Aurier. Even with Kyle Walker-Peters and Juan Foyth ruled out of the Arsenal game on Sunday, Aurier has been told he will not play as he is free to leave. We are all for Moussa Sissoko at right-back.

‘Serge Aurier is yet to play this term and is available to leave before Monday’s European transfer deadline, so Pochettino is reluctant to call on the Ivorian,’ say the London Evening Standard, while Le10Sport claim PSG are no longer interested.

The same outlet adds that AC Milan is a potential destination. Tottenham want about £22.7m for their troubles.

TO THE VICTOR…
And finally we go over to Victor Wanyama, who is packing his bags for Club Brugge.

BBC Sport are among the many reputable sources reporting that Tottenham ‘have agreed a deal’ to sell the midfielder to the Belgian side. Injuries have decimated Wanyama’s chances of establishing himself in north London, with the summer arrivals of Tanguy Ndombele and Giovani Lo Celso pushing him even further out.

But Daniel Levy is Daniel Levy, so Tottenham will make a profit. The £11m they spent to sign him from Southampton in 2016 will become £13.6m to sell him three years later.

AND THE REST
Manchester United’s France midfielder Paul Pogba, 26, will not renew his current contract and wants to join Real Madridas soon as possible… Paris St-Germain boss Thomas Tuchel has phoned Barcelona attacker Ousmane Dembele, 22, to convince him to move to the French capital as part of the Neymar deal… Manchester United and Italy full-back Matteo Darmian, 29, is in negotiations for a return to Serie A with Parma… Arsenal’s Egypt midfielder Mohamed Elneny, 27, is in talks with Turkish team Besiktas over a season-long loan move… Arsenal boss Unai Emery says 33-year-old Spain full-back Nacho Monreal, who has been linked with Real Sociedad, could leave before the European transfer deadline.