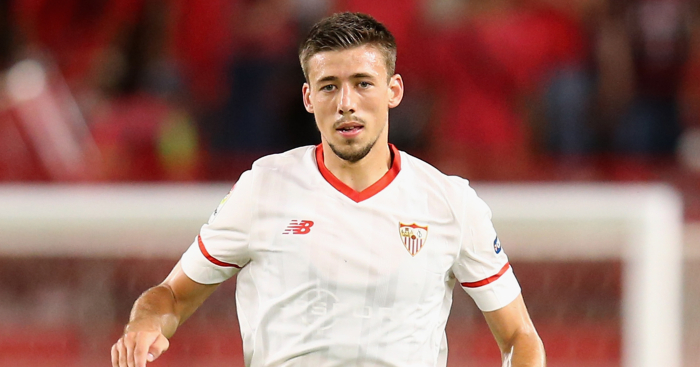 CHELSEA AND TOTTENHAM WANT RONDON
Salomon Rondon was hardly the guiltiest party in West Brom’s relegation (sorry Chunky), but he didn’t exactly flourish. The Venezuelan’s chance conversion was pretty rotten when it mattered, including a number of glaring misses. Supporters also suspected that Rondon was not exactly busting a gut, well aware that he had a relegation release clause.

Still, it looks like Rondon might do very well indeed out of West Brom going down. The Daily Mirror reckon that Chelsea and Tottenham are interested in signing the striker, who can be bought for £16m as per his contract.

Tottenham? Haven’t they given up their attempts to sign a back-up for Harry Kane yet, given that every other signing has failed in that role? And Chelsea? Don’t they need to sign a frontline striker, rather than a half-effective reserve? Especially given that they already have Olivier Giroud as the decent Plan B?

It all just feels like buying a player because he’s going quite cheap rather than because he fits a need.

Here’s what they need.

MANCHESTER UNITED MAKE LENGLET APPROACH
We’ve heard Manchester United’s name linked to Sevilla defender Clement Lenglet before, but it’s a rumour that isn’t going away. L’Equipe say that the French central defender is wanted as well as Toby Alderweireld, who is expected to join from Tottenham.

Lenglet is available for his £31.7m minimum fee release clause, but United do face competition from Barcelona for his signature. And what Barcelona want they do tend to get, particularly given that Lenglet is based in Spain. Barcelona have Gerard Pique, Yerry Mina and Samuel Umtiti, but could do with an upgrade on Thomas Vermaelen.

If United do sign Lenglet and Alderweireld, they really need a bloody clearout. That would leave them with Lenglet, Alderweireld, Eric Bailly, Victor Lindelof, Chris Smalling, Phil Jones, Marcos Rojo and Daley Blind. Four of those would have been signed by Jose Mourinho for more than £30m.

EVERYONE RIVALS ARSENAL FOR DEFENDER
Another defender linked with a move to the Premier League is Caglar Soyuncu. A host of outlets reported a fortnight ago that Arsenal were close to agreeing a move for the Freiburg centre-back, currently on international duty with Turkey.

However, the Daily Mirror mention that Atletico Madrid, Manchester United and Manchester City are also interested in Soyuncu, while they also use a story from Turkish-Football.com which claims that Liverpool hold a serious interest.

They believe that Liverpool have been scouting the defender while on international duty, and believe he could be the long-term partner to Virgil van Dijk. So there.

AND THE REST
Leicester have opened talks with West Brom defender Jonny Evans… RB Leipzig are trying to sign Ademola Lookman on a permanent basis from Everton… Juventus have rejected a £50m bid from Manchester City for star midfielder Miralem Pjanic… Leicester are in pole position to sign Norwich’s James Maddison… Stoke are planning a £14million bid for Watford striker Andre Gray.