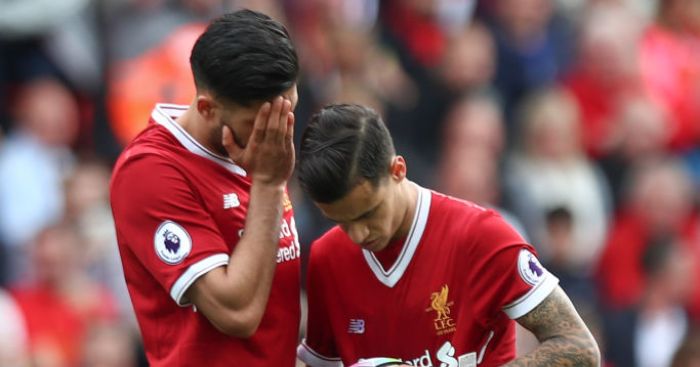 CAN YOU KEEP A SECRET?
At the start of last week, it was reported that Emre Can’s brief stay in Turin could be coming to an end. Sport Mediaset in Italy claimed that with Juventus unable to shift Sami Khedira, at least one other midfielder would have to make way as part of Maurizio Sarri’s squad trim.

By Sunday, PSG and Bayern were introduced to the equation. Both were said to be monitoring any and all developments with regards to the midfielder’s future. Can being told he was ‘not needed’ certainly qualifies.

Yet not even a day passed before one of those sides was ruled out. German newspaper Bild and Goal.com state that the Bundesliga champions are not interested in re-signing their former player.

Can left Bayern for Leverkusen in 2013, joining Liverpool a year later. After half a decade at Anfield he rocked up at Juventus, starting 20 games in Serie A last season. And even with the arrival of Aaron Ramsey and Adrien Rabiot as direct competition, he is said to be eager to stay and fight for his place.

That may or may not be linked with Bayern deciding that, once Philippe Coutinho has arrived on loan, their summer business is done. Both the Brazilian and Can, with their combined zero Champions League medals, have soon figured out that the grass isn’t always greener away from Merseyside.

PAULO AND MAURO
Juve are clearly planning a busy final fortnight of the European transfer window. The Daily Mail say they ‘will hold talks’ with PSG over a £73m deal for Paulo Dybala this week.

PSG are ‘desperate to get a deal done sooner rather than later,’ perhaps even more so after losing their second game of the Ligue Un season to Rennes at the weekend. They want a deal done by Wednesday but, while Juve are also ‘desperate’ to sell Dybala, they ‘could even hold out for a fee in the region of €100m (£91m)’.

CART SANCH
The Dybala move could start an awfully expensive merry-go-round. His move to PSG paves the way for Mauro Icardi to go to Juventus, while Inter will replace him with Alexis Sanchez.

The reports of interest from Italy in the Manchester United forward have been firmed up. The Daily Telegraph confirm that Inter ‘have enquired about the prospect’ of a loan deal to join his not at all overweight mate Romelu Lukaku.

United fans should be warned that there are ‘several obstacles still to overcome’ before a deal is even agreed, as negotiations are said to be in their ‘infancy’. The club would also ‘have to heavily subsidise’ his wages, which could create complications if United ask for a loan fee on top.

AND THE REST
Barcelona hope to take Neymar back to the Nou Camp, but on loan with a mandatory purchase clause… But PSG boss Thomas Tuchel says the Brazilian will not leave the club unless they find a replacement… Former Tottenham striker Fernando Llorente, 34, is close to joining Italian side Lazio. Inter Milan, Fiorentina and Napoli are also interested in signing the Spaniard, who is currently without a club… Manchester United are to discuss extending the contract of Eric Bailly with the 25-year-old Ivory Coast defender.