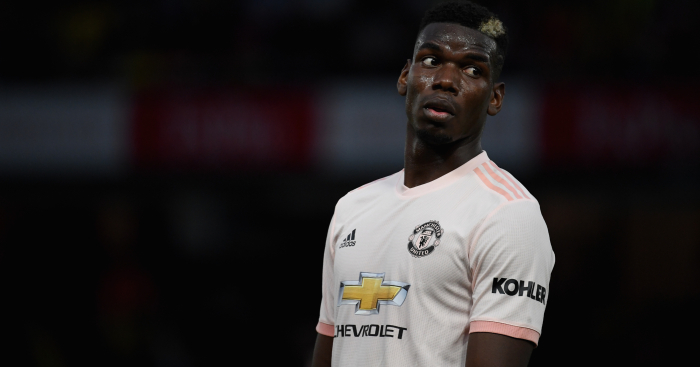 BARCA KEEPING TABS ON MIDFIELD TRIO
Ah, so that’s why Paul Pogba decided to turn it on in midweek…

The Manchester United star came up with his one good game in five against Young Boys in the Champions League on Wednesday and now Mundo Deportivo brings us the news that Barcelona scouts were in attendance at the Stade de Suisse. Coincidence?

Two goals and an assist are said to have “confirmed the enormous confidence” Barca have in Pogba but the 25-year-old will be worried that the Catalans also have eyes on two other midfielders: Frenkie de Jong at Ajax and Adrien Rabiot.

RABIOT OPEN TO CITY RETURN
Speaking of Rabiot, it seems the race for the PSG midfielder is hotting up. Barcelona have retained a long-standing interest; Jurgen Klopp reportedly wants him at Liverpool; and Manchester City are also sniffing.

The 23-year-old spent a year at City when he was 14 but homesickness saw the exiled France international return home. City may have lost out then but The Metro says their efforts to make Rabiot feel wanted have not been forgotten and now the midfielder is ready to move abroad, he is said to be willing to give the Premier League champions another go.

Rabiot is out of contract at the end of this season and he can sign a pre-contract agreement anytime in the new year.

HERRERA HAS OPTIONS
Another midfielder approaching free-agent status is Ander Herrera. And it seems there is a similar level of interest in him…

The Manchester United midfielder was keen to extend his terms at Old Trafford but the club haven’t shared his enthusiasm to thrash out a deal. So the 29-year-old is exploring his options, one of which could be Barcelona.

The Sun claims Barca made a bid for the Basque star during the summer and their interest remains, especially if he’s up for grabs on a free transfer, which is at least £100million cheaper than Pogba.

Daniel Cutts’ increasingly-talkative Old Trafford mole, who likes little more than stating the obvious, had this to say: “There has been interest in Ander before and will be again in January.

“It was assumed everything would be boxed off by now but that doesn’t look to be the case. We’ll have to wait and see.”

AND THE REST
Chelsea striker Olivier Giroud is wanted by Besiktas…Fleetwood Town boss Joey Barton wants to manage Marseille one day…Glenn Murray is not in discussions with the Brighton over a new contract despite being in the final year of his current terms…Sergio Busquets will sign a new Barcelona contract in the coming weeks…Former Wolves striker Bakary Sako is on trial at West Brom…Thomas Tuchel is not speaking to PSG sporting director Antero Henrique over the failure to sign a midfielder.