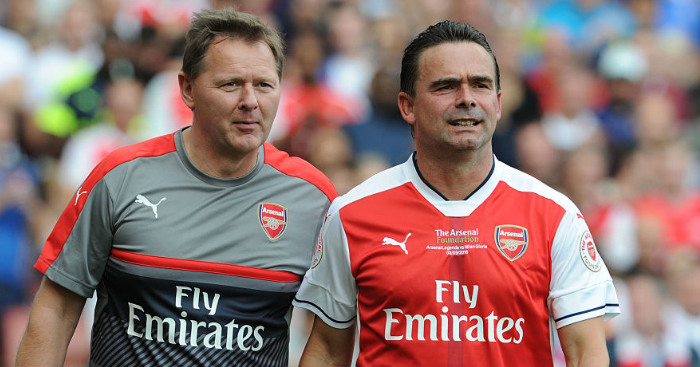 There’s some excellent 2+2 work in the Sun here. Manchester United struggled badly after both their wingers went off injured in Tuesday’s 2-0 defeat to PSG, and Sancho looked good for Dortmund the following night despite his side losing 3-0 to Tottenham.

Apparently United have made an enquiry to the German club and been told it will take a bid in the region of £70m to bring the 18 year old back to Manchester. The snags are that Sancho’s former club City would get up to 15% of that fee, and would also need to be given the opportunity to match any bid Dortmund accept for the England international, who has scored seven goals in 21 Bundesliga appearances this season.

United are also going to take the opportunity of Jose Mourinho’s departure to finally bring in a director of football, according to the Evening Standard.

They quote United’s executive vice chairman as follows: “…In regards to the overall structure, we are looking at that and ways we can make it stronger and it is something we’ll do on a continual basis.”

That would throw open the possibility of the new appointment acting as a new brush to sweep the United squad clean, as well as representing a significant change of power dynamic behind the scenes at Old Trafford.

We’ve been here before, too, though at least this bit of recycling is nearly two years old, rather than just the two weeks.

Marc Overmars back to Arsenal? We would have thought his pace would be gone at his age but it’s worth a go we guess…ah, wait. It says here that they’re actually after him for a backroom role. Our mistake.

Arsenal are on the hunt for a new director of football following the departure of head of recruitment Sven Mislintat, and the names in the frame are Roma’s Monchi and Ajax’s Overmars.

Former winger Overmars played for Arsenal between 1997 and 2000, and has been director of football at Ajax – another of his former clubs – since 2012. As is the Ajax way, his emphasis has been on youth development, and he has helped bring through the likes of Matthijs De Ligt and Frenkie De Jong…so it’s a bit weird that the Sun’s report begins by saying “Arsenal want a director of football to save their season NOW.”

Monchi made his name at Sevilla by bringing in the likes of Dani Alves and Ivan Rakitic, and by assisting in the youth development of Sergio Ramos. That said, his Wikipedia page also says he’s responsible for discovering Alberto Moreno.

Maybe go with Overmars, then?

Chelsea hope to make Juventus loanee Gonzola Higuain a permanent signing for less than the agreed potential £31.5m fee…Mesut Ozil doesn’t want to go out on loan this summer…Barcelona and Real Madrid are the new forerunners to sign Benfica’s Joao Felix, putting Manchester United in the shade…United back-up goalkeeper Sergio Romero has a bevy of admirers including Boca Juniors but wants to stay put…abortive Liverpool transfer target Nabil Fekir is on the verge of signing a new deal at Lyon.