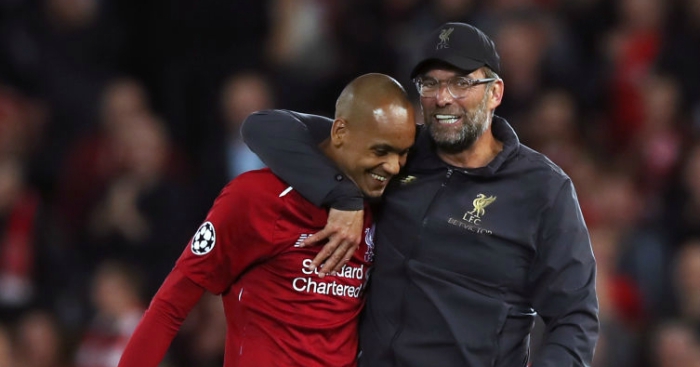 WELCOME MAT
We won’t lie to you, it’s low tide in Gossip Bay this morning. But The Sun do have an eye-catching tale about the possible identity of Manchester United’s next goalkeeper.

With David De Gea still apparently happy to let his contract run down and PSG and Juventus making eyes at him, United are ‘not confident’ of keeping him and are already planning for life without the Spaniard.

And one possible contender to replace him is Brighton’s Aussie stopper Mat Ryan. We scoffed at The Sun describing a possible Alexis Sanchez-to-PSG transfer as a ‘shock’ earlier in the week, but we’ll give them this one.

That said, Ryan has certainly been in impressive form on the south coast this season and United’s belief that he is ready for a big-six club is not entirely without foundation.

He’s got three-and-a-half years left on his current contract, but that is not seen as a particularly hefty barrier to any deal.

RED BORED
Strange one in the Mirror via Le Parisien claiming that Fabinho could leave Liverpool for PSG in January because he is ‘bored’ on Merseyside.

Hmm. Fabinho’s start to life at Liverpool wasn’t exactly stunning, but he has started the last two games and was bigged up by Jurgen Klopp recently.

The ‘only stumbling block’ to a deal is PSG’s bad relationship with Fabinho’s agent Jorge Mendes. Oh, and also the fact PSG apparently only have €24m to spend. For fu… sorry, we’ve wasted your time and ours here.

WHERE NEXT?
Aaron Ramsey’s post-Arsenal options appear to be dwindling.

Chelsea have been monitoring the situation of a player told he’s no longer in the Gunners’ plans, but the Daily Star say the current form of Ruben Loftus-Cheek and Ross Barkley has left the Blues wondering whether they really need to sign another midfielder. To be fair, it’s never really stopped them before.

Liverpool, meanwhile, have ruled out a move for the Wales star, according to Sky Sports News.

AND THE REST
Liverpool are set to offer Joe Gomez a new deal despite having three-and-a-half years left on his current deal… Cesc Fabregas will have to wait until January for Chelsea contract talks… Roberto Martinez said ‘we won’t waste time on that’ when asked about Real Madrid rumours… Tottenham are interested in Watford’s Abdoulaye Doucoure… Borussia Dortmund want Manchester City’s Brahim Diaz but City aren’t having any of it… City are planning a raid for Spanish wonderkid Pelayo Morilla… Thierry Henry wants to bring Arsenal youngster Emile Smith Rowe to Monaco.