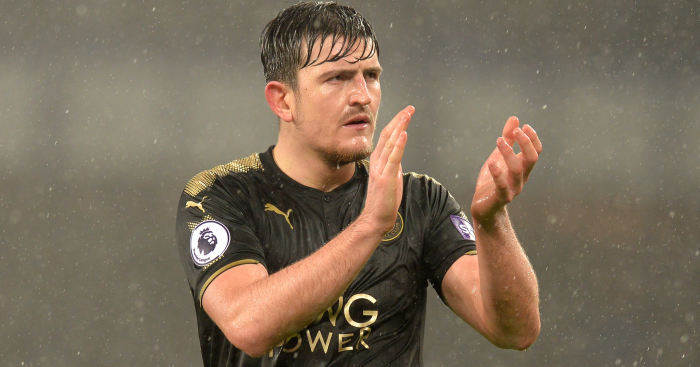 UNITED COULD HAVE SAVED £60M ON MAGUIRE
The Gossip immediately after the transfer window closes inevitably focuses on finger pointing and what might have been. There is plenty of that around Manchester United’s failure to sign any of the targets Jose Mourinho identified, and it seems Ed Woodward has wasted no time in getting his excuses in early.

One of the players Mourinho wanted was Leicester’s Harry Maguire but United were unwilling to pay the kind of money that Liverpool forked out for Virgil van Dijk in January. Had they made their move last summer, they could have saved themselves around £60million.

The Telegraph claims United could have signed the 25-year-old for £15million a year ago, when he moved from Hull to Leicester for a fee of £12million which could rise to £17million. That is probably true of any club, mind.

MINA DEAL LOOKS GOOD FOR BARCA
United’s refusal to do any late business had a knock-on effect at Everton. According to the Daily Mail, the Toffees wanted to sign Marcos Rojo from the Red Devils for around £30million but once it became clear that United would not be getting in a replacement, Marco Silva had to turn to other targets. Instead, he went to Barcelona and signed Yerry Mina for a similar fee.

Barca revealed that they sanctioned the sale of Mina on the basis that they retained a buy-back option. According to Marca, if the Catalans want the Colombian back, they will have to pay Everton £53.9million.

Given Barca stand to make a profit of almost £23million on a player they signed in January, it would not cost them a much to bring Mona back if he turns out to be any good. If he’s not, they are quids in.

AND THE REST
Tottenham left-back Danny Rose is keen to move on loan to Paris St-Germain despite receiving an offer from Schalke…Sporting Lisbon are set to sign Juventus forward Stefano Sturaro after a move to Watford to Watford fell through…Thibaut Courtois deleted a Facebook post saying goodbye to Chelsea fans after receiving abusive replies…Jack Grealish is set to sign a new Aston Villa contract that may contain a clause allowing him to leave if the club fails to win promotion…Middlesbrough’s £6m deal for Everton’s Muhamed Besic fell through over agents’ fees… The Teessiders, though, are hopeful of securing a loan move for the midfielder… They also want his Everton team-mate Yannick Bolasie…Boro had bids for Millwall midfielders Jed Wallace and George Saville rejected on deadline day.