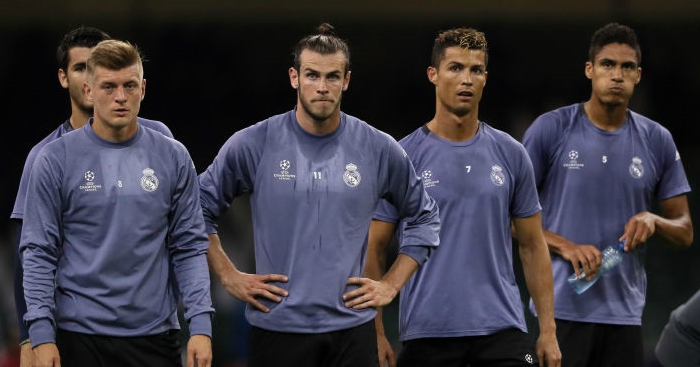 MASTER BAITER
Things are not going particularly stellar for Paul Pogba. He and Jose Mourinho are reportedly not even on speaking terms at Manchester United, and now it appears as though the club are contemplating shipping him elsewhere.

According to the Sunday Mirror, Pogba could be used as ‘bait’ in a ‘£200m transfer blitz’ on three of European football’s superpowers.

On top of those players, he also wants left-back Alex Sandro of Juventus, whose main strength is not being Luke Shaw.

Pogba could be ‘axed’ to fund any potential move, and Mourinho is ‘banking on’ PSG wanting him so they can complete what would effectively be a swap for Marquinhos and Verratti.

IF THE MOUNTAIN WON’T COME TO MOHAMED…
Elsewhere in the Sunday Mirror, we are brought news of Mohamed Salah’s Liverpool future. Lovely.

The Egyptian is reportedly in line for a new ‘bumper contract’ to fend off interest from Real Madrid, to whom Liverpool will absolutely not sell this summer.

Salah stands to be offered a £200,000-a-week contract, and ‘will not be tempted’ by a move to La Liga as Philippe Coutinho was.

The forward ‘is anxious’ to ‘prove himself in the Premier League’ after failing to break through at Chelsea. So you can thank Mourinho, Liverpool.

JAN’S THE MAN
So that’s the latest when it comes to Manchester United and Liverpool. How about the Premier League’s smaller clubs?

Arsenal and Chelsea are set to battle it out over Atletico Madrid goalkeeper Jan Oblak this summer, say the Daily Express. Both clubs have written up lists of replacements for the ageing Petr Cech and the Spain-bound Thibaut Courtois, and Oblak features highly on both.

Liverpool ‘are also watching’ the Slovenia international, who has an £88m release clause.

AND THE REST
West Ham are looking into appointing former Manchester City boss Manuel Pellegrini as their manager for next season… Albanian defender Elseid Hysaj has told Napoli a club is prepared to meet his 50m euro (£43.7m) release clause. The 24-year-old is a target for both Arsenal and Manchester United… Croatian former QPR and Tottenham midfielder Niko Kranjcar, 33, says he has “options on the table” after leaving Scottish Premiership side Rangers.