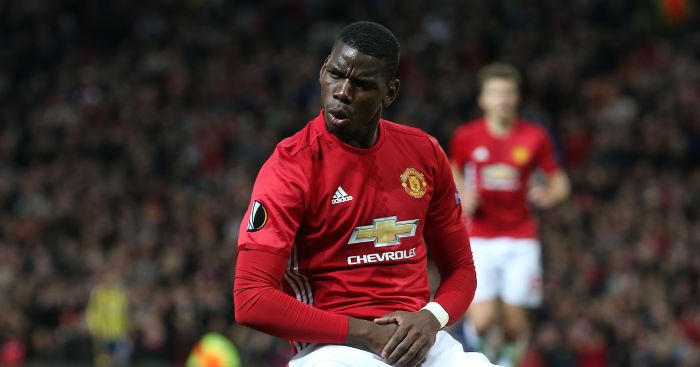 BIG MONEY
We’re not entirely sure what Duncan Castles of the Daily Record means when he states that Jose Mourinho wants Ed Woodward to ‘aggressively strengthen’ his defence in January, but there we go. United have been linked with centre-halves since the dawn of time, and now the bleeding obvious has been confirmed. Finally. What a relief.

According to Castles, Mourinho has prioritised the signing of a ‘Champions League-level’ defender this winter. The club, in turn, have allocated ‘significant funds’ for any potential deal. Which is nice of them.

The report does not add how much United will have to spend in January, nor does it name any actual targets. But it does say Mourinho has been ‘given the green light’ to make a ‘big-money signing’, which sounds ever so sexy.

IVAN THE TERRIBLE
The Daily Record might not have news of the actual identity of said ‘big-money signing’, but the Daily Star do. Obviously.

Actually, it’s more that Don Balon do. The Spanish outlet have yet another transfer scoop – just how do they do it? – and it handily involves two of the biggest clubs in world football.

According to the website, Mourinho could look to tempt Ivan Rakitic over to Manchester. It is claimed that the 28-year-old ‘is not so comfortable’ in La Liga due to the number of midfield options his club boasts. That has not stopped him appearing in all but two league games, but still.

The most interesting line can be found here, thanks to our old pal Google Translate:

‘With Busquets and Iniesta are the other ‘magic trident’ and this contribution wants Jose Mourinho in midfield Man United for Pogba has more freedom of movement to succeed.’

So Rakitic is the key to get Pogba working. And Mourinho ‘could show the candy Premier’ to the Croatian, whatever the blue heck that means.

CITY SLICKERS
The future of Virgil van Dijk promises to be a talking point until the world meets its fiery demise, and the Daily Mail provide a handy update on Friday morning. Not only that, but we have news of an old transfer gossip favourite.

According to the newspaper, both Van Dijk and midfielder William Carvalho have been identified as targets by Manchester City. The link with Van Dijk is obvious. Liverpool, Manchester United and Arsenal have all been linked with the Dutchman, who has emerged as one of the Premier League’s finest centre-halves. Makes sense that City would want him.

As for Carvalho, the signs immediately look a little bleak: ‘Sporting Lisbon are not interested in selling one of their most influential players in the middle of the campaign.’

Van Dijk is seen as a replacement for Vincent Kompany, while Carvalho is viewed as Yaya Toure’s successor, according to the Mail. Draw your own conclusions.

AND THE REST
Liverpool are reportedly set to battle it out with Real Madrid for Valencia teenage striker Fran Navarro…Rostov striker Sardar Azmoun has claimed he would consider a move to Liverpool…Chelsea will hold off until the summer to make a £50m move for Napoli defender Kalidou Koulibaly because he will be on Senegal duty in the Africa Cup of Nations…Watford boss Walter Mazzarri insists striker Odion Ighalo, 27, remains part of his plans despite his poor start to the season…Liverpool are set to miss out on Wales Under-19 midfielder Ethan Ampadu, with Arsenal favourites to sign the 16-year-old…Everton are eyeing a new goalkeeper in the January transfer window and have drawn up a three-man shortlist to bolster their options.