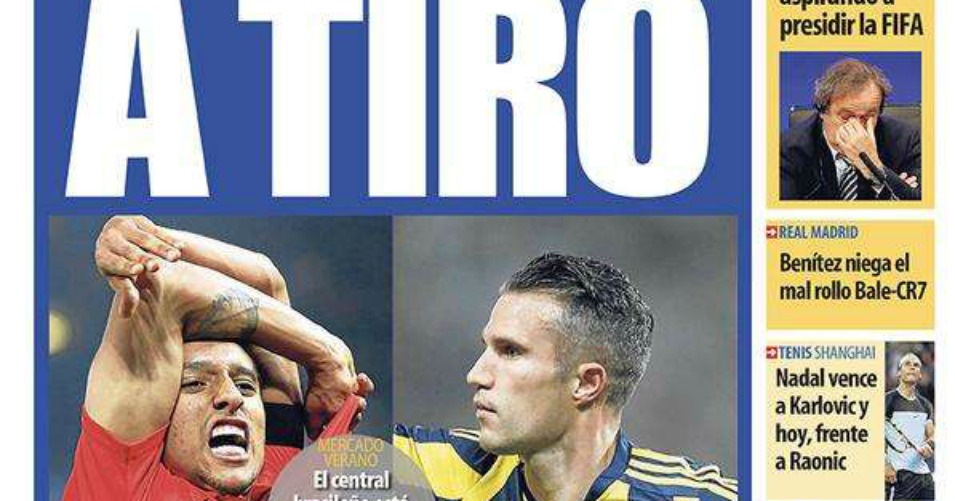 LIVERPOOL STEPPING UP NEVES CHASE
Has there ever been a phrase to better sum up modern football than this in the Daily Mirror: ‘Liverpool are growing confident of signing in-demand wonderkid Ruben Neves after an informal approach was welcomed by the player’s entourage’? We’re imagining a group of heavies, cracking their knuckles as FSG roll into town. There’s gonna be a gang fight.

Still, good news for Liverpool, if true. Neves has had most of Europe’s biggest clubs fluttering their eyelashes in his direction for the last 18 months, and is now a regular at Porto. He’s also the youngest player ever to play for Portugal’s Under-21 side. Sign him up.

There is another reason why Neves is on the lips of every transfer gossip merchant in the land; his agent is Jorge Mendes. Nothing ever changes.

VAN PERSIE TO BARCELONA?
Robin van Persie is having a rotten time of it at the moment. He has only started three league games for Fenerbache this season, played 22 minutes as they missed out in the Champions League play-off round and scored a dreadful own goal to seal Netherlands’ exit from Euro 2016 qualifying.

If Van Persie needs a little lift, he should be advised to head over to Mundo Deportivo and their glorious disregard for logic. Apparently it’s 2012 all over again. 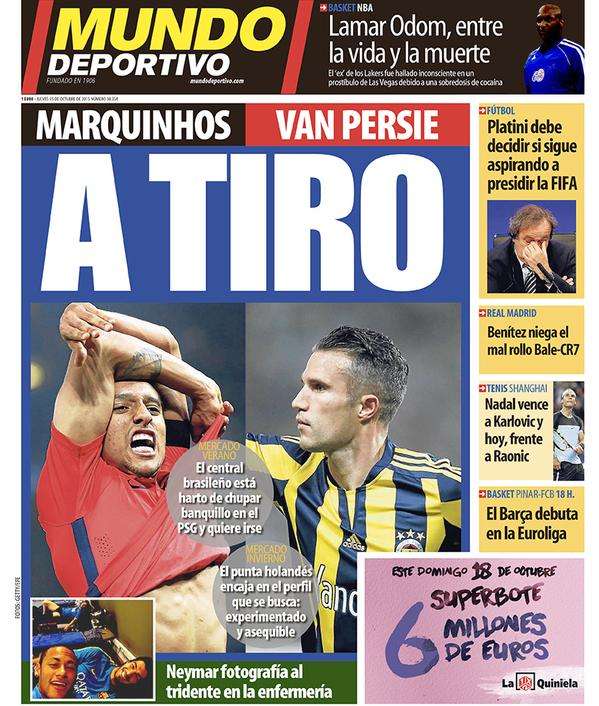 ‘A Tiro’ shouts the front page of the paper, roughly translating as ‘within range’. We can’t argue with that in the case of Van Persie, but it’s more a question of whether Barcelona are interested in shooting.

REAL MADRID WANT SANCHEZ. HE SAYS NO.
Well it was only a matter of time. Spanish newspaper Don Balon is reporting that Real Madrid are interested in signing Alexis Sanchez from Arsenal. Of course they bloody are – look at him.

The magazine claims that Real will offer £37.3 million for the Chilean, adding Denis Denis Cheryshev to sweeten the deal. We can only imagine that Arsenal’s reply would be along the lines of “Hahaha, f**k no. Thanks for the offer, though”.

More importantly for Arsenal, Sanchez has stated his desire to remain at the club.

“I’m very happy at Arsenal, I don’t think about leaving,” Sanchez said. “I always want to be the best at everything I do. I’m never happy with what I do, I always want to give more.”

And we’re happy to take more from you, Alexis.

ARSENAL MONITORING BATSHUAYI
Another day, another Arsenal striker rumour that smells of bulls**t.

Batshuayi joined Marseille from Standard Liege in 2014. Now 22, he has scored six goals in nine Ligue Un appearances this season, though is yet to break into the Belgium senior team on a regular basis. He only played 13 minutes of qualifying.