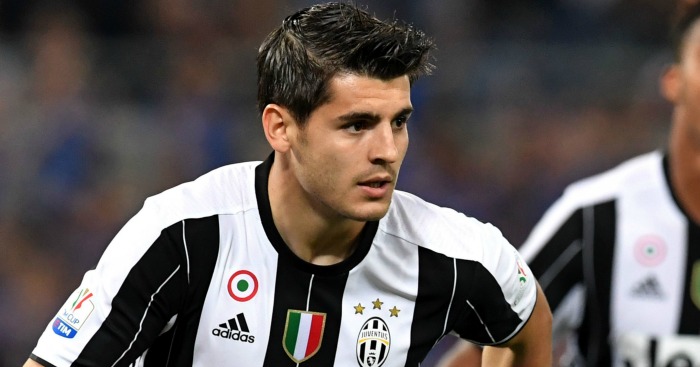 WHERE IS JAMIE VARDY’S PARTY BEING HELD?
Arsene Wenger is ‘braced for disappointment’ in his attempt to sign Leicester striker Jamie Vardy, according to John Cross and James Nursey of the Daily Mirror. Is it that he is joining them? Ha ha.

No, it really isn’t. The story surrounds the supposed deadline Wenger gave Vardy to decide over his future. The Frenchman wanted an answer by Monday, with the forward flying out to France with the England squad for Euro 2016. ‘He did not get in contact, leaving the Londoners fearing the worst,’ it reads.

Arsenal have offered the 29-year-old a deal worth £120,000 a week on a four-year contract, while Leicester have responded with a counter offer of £100,000 a week to stay on improved terms. But the silence regarding the Gunners’ attempts to sign him have been ‘deafening’, apparently.

CHAMBERS MADE TO GO
Elsewhere in Arsenal news, Calum Chambers is off. Only temporarily though. And not too far either. Watford is his destination.

According to Matt Barlow of the Daily Mail, Chambers ‘will consider’ the offer of a season-long loan deal at Vicarage Road. Southampton are also interested, but the Hornets appear to be leading the chase.

‘Arsene Wenger will not give up on Chambers having paid Saints £16million for him two years ago,’ writes Barlow, who adds that the defender’s confidence ‘has been hit’ during his struggles to break into the first team. A loan spell at a Premier League club would benefit all parties.

MORE ON MORATA
It’s time for an Alvaro Morata update, isn’t it? After Arsenal have constantly flirted with the Spaniard for months but eventually went for the older, more experienced model in Jamie Vardy, Chelsea appear to have stolen a march in the race for the striker’s signature.

Dominic Fifield of The Guardian is among many to report that the Blues ‘will step up’ in their attempts to sign Morata. He is a long-standing target of former Juventus boss Antonio Conte, who will take over at Stamford Bridge after the Euros.

Chelsea have made Morata a ‘priority’ signing after releasing Alexandre Pato and Radamel Falcao from their respective loan deals, leaving the club short up front. The complication comes in the form of Real Madrid, who wish to active their buy-back clause on the 23-year-old before selling him on instantly.

WELCOME HOME, NURI
Now for some Liverpool news. One new player and a familiar face are linked with moves to Anfield on Tuesday morning.

The Daily Express, in conjunction with Fox Sports MX, claim that the Reds are close to signing midfielder Hector Herrera from Porto. A deal for the 26-year-old will also include Pachuca, who own 30% of the player.

And an old face could make a return in the form of Nuri Sahin. The midfielder, who played under Brendan Rodgers in an ill-fated five-month loan spell in 2012, also featured under Jurgen Klopp at Borussia Dortmund. According to Turkish outlet AMK, Klopp will react to the potential failure to sign Mario Gotze by going for another former favourite in Sahin.

Klopp will ‘closely monitor’ Sahin at this summer’s European Championship with Turkey. AMK describe the 27-year-old as ‘an experienced player with football intelligence and technical argues that add strength to the team’.

AND THE REST
Arsenal have been given a huge boost in their chase for Henrikh Mkhitaryan with Borussia Dortmund set to admit defeat in their fight to keep him…Pep Guardiola will make 19-year-old Ukraine midfielder Oleksandr Zinchenko his second Manchester City signing…Saul Niguez has pledged his allegiance to Atletico Madrid after being linked with a big-money move to Manchester United…Roma say they will not sell midfielder Radja Nainggolan, 28, or defender Antonio Rudiger, 23 – both of whom are Chelsea targets…Dutchman Ronald Koeman could make countryman Georginio Wijnaldum one of his first signings should he be appointed Everton boss…Paris Saint-Germain have offered Chelsea, Man City and Arsenal target N’Golo Kante five-year deal to leave Leicester…Chelsea are set to offer Kante a five-year deal to reject Paris Saint-Germain and join them…Andros Townsend is set to stay at Newcastle even though they are in the Championship…German outfit Koln claim Liverpool have not made an offer for left-back Jonas Hector despite reports that a deal had been agreed…West Ham are reportedly interested in a £25m swoop for Theo Walcott as Jamie Vardy continues to mull over his Arsenal move…West Ham have set their sights on Valencia winger Sofiane Feghouli…Manchester United have made an approach for Mexico winger Hirving Lozano…Andros Townsend’s England heartbreak is poised to be softened by an instant return to the Premier League with Crystal Palace…Southampton have identified Frank de Boer as an alternative to Bournemouth manager Eddie Howe to replace Ronald Koeman when the 53-year-old completes his move to Everton.