Home Home Page Front Page Gossip: Why would you pay £35m for Oxlade-Chamberlain? 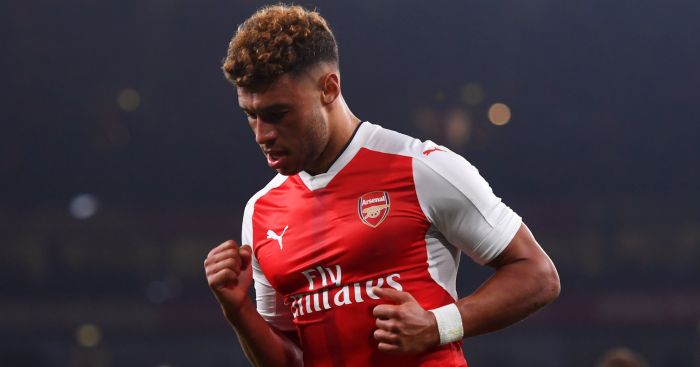 SOMETHING HAPPENED WITH DANNY ROSE
You might have heard the odd thing.

CHELSEA HAVE MADE OXLADE-CHAMBERLAIN BID
The Daily Star say that Chelsea have made a bid of £35m for Alex Oxlade-Chamberlain, while the Daily Mirror say that a bid is on the way. Everyone seems to have forgotten that Oxlade-Chamberlain has less than 12 months on his Arsenal contract. Why on earth would you offer £35m?

Anyway, the Mirror say that Antonio Conte is determined to ‘do a Victor Moses’ with Oxlade-Chamberlain and convert him into a right wing-back. It’s a role he actually played to great effect in the FA Cup final last season, so it’s not a massive ‘conversion’ job.

Still, £35m for a player in the last year of his deal who you don’t even know can play the position you want to play him in? Just spend a bit more and get Antonio Candreva, surely?

MAN UNITED OPEN IBRAHIMOVIC TALKS
It is something that has been simmering for a fair while, but it looks increasingly likely that Zlatan Ibrahimovic will be rejoining Manchester United when he recovers from his knacked leg.

Had Ibrahimovic been out for a full season, United would surely have passed up on the chance and let him limp off to America. Yet with the striker keen to stay in Manchester and Jose Mourinho happy to keep him on as backup to Romelu Lukaku, it makes perfect sense for him to stick around.

The Daily Mail report that Ibrahimovic has opened talks with the club over a new contract after United expressed an interest in keeping him on.

“Maybe he’ll stay with us,” said Jose Mourinho last week. “He’s not got a contract but he’s still close to Manchester.” Expect five goals in crucial games in March and April.

LIVERPOOL AND ARSENAL TARGET LUAN
We will start with the Daily Mirror here, because they use a claim from Globo Esporte in Brazil that Liverpool are ‘stepping up their interest’ in Brazilian forward Luan. Luan is 24, so not one of those bright young things that are increasingly bought by European clubs for astonishing amounts of money.

Two things: 1) The report actually just says that Liverpool will watch Luan. That’s not much of step up. 2) Liverpool do not need another forward.

Brazilian media now saying Luan's move to Spartak has stalled, Liverpool and Arsenal ready to fight it out – lovely player, watching him now