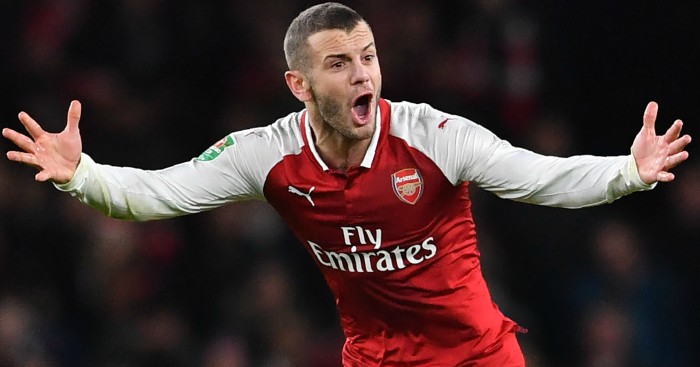 HAS WILSHERE WON THE BATTLE OF WILLS HERE?
Well well. We thought that Jack Wilshere would be forced to sign Arsenal’s original contract offer if he wished to stay at the club. It might have seen the midfielder take a pay cut, but the offer was still for £90,000 a week, and Wilshere has missed so much football through injury.

However, with his new contract still not signed and with a host of clubs in the Premier League and further afield showing interest, Arsenal have blinked first. John Cross of the Daily Mirror reports that Arsenal have made a new offer to Wilshere, this time worth more than £100,000 a week.

Forgive me for a touch of anger, but how remarkably weak-willed of Arsenal. If you honestly think that the original offer was a fair one (and it did look about right), why go back on your conviction when things get close to the deadline? Now they lose the upper hand in all contract negotiations with current players.

MEYER IS DEFINITELY OFF. LIVERPOOL?
Max Meyer has been virtually confirmed as leaving Schalke at the end of the season anyway, given that his contract is expiring and he has refused to sign a new deal. Liverpool have been linked, but you’re a fool if you don’t automatically assume that Bayern Munich are sitting in the driving seat.

Anyway, it has all kicked off at Schalke. At the weekend, Meyer did an interview with Bild in which he accused Schalke of bullying him:

“I simply did not want to stay with Schalke and work under Heidel. It’s all about this. Lately, it just feels like bullying to me.”

That has gone down exactly as well as you would expect. Schalke have refuted all allegations of bullying, basically called Meyer a liar and banned him from first-team training. The intention is to send a message to potential suitors that he is a bad egg. It won’t stop Jurgen Klopp wanting him.

WHERE DOES BUTLAND GO NEXT?
The one inevitable result of two or three surprise names likely to be relegated to the Championship – assuming Huddersfield Town survive – is that there will be a number of valuable players pushing for an immediate move back to the Premier League. Jack Butland is clearly one of those.

The back page of the Daily Express reckons that Wolves could pay £35m for Butland, which would seem odd as a) they kept plenty enough clean sheets in the Championship, b) that’s a whacking great sum of money and c) he isn’t a Jorge Mendes client.

More interesting is the mention of Liverpool interest, because that really does make all the sense. Butland gets his big move, Klopp gets a new goalkeeper and the England No. 1 spot becomes far more likely.

AND THE REST
Chelsea are considering Hoffenheim’s Julian Nagelsmann as their next manager… Arsenal have stepped up their interest in Lyon’s Nabil Fekir… Watford are winning the race to sign Salomon Rondon… Southampton want Pione Sisto (concentrate on staying up first?)… Chelsea are angry with Brendan Rodgers over the lack of minutes given to Charly Musonda at Celtic.