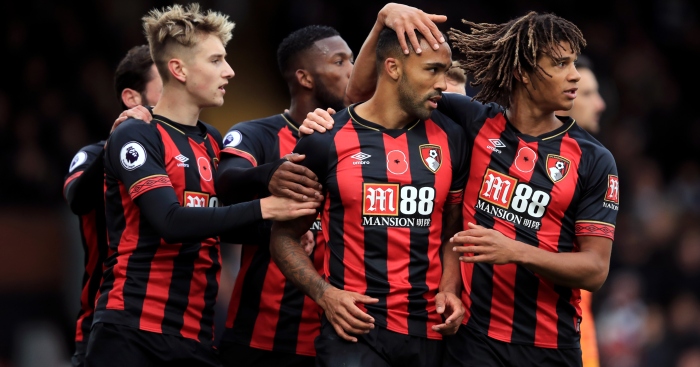 CALL ON CALLUM
Callum Wilson is having quite the time of it. Scoring goals, creating goals, getting England call-ups and now tenuously linked with a move to Chelsea by The Sun. Truly, he has arrived in the big time.

The figure plucked from the ether is £35m. Chelsea are still in the market for a striker despite Alvaro Morata’s return to form, and have also considered £90m Mauro Icardi and Genoa’s Krzysztof Piatek it says here.

Not sure there’s really all that much to this beyond adding an in-form striker to a big club arguably in need of such a player and getting five. One thing we are sure of, though, is that we definitely absolutely won’t see Wilson linked with any other members of the big six on slow news days as January approaches…

LLORENTE HOMECOMING
This one seems much more plausible. The Independent reckon Fernando Llorente will return to his boyhood club Athletic Bilbao in January.

With his contract up in the summer he’s free to negotiate a move with foreign clubs and stated pretty clearly after playing his part from the bench as Spurs snatched a win over PSV that he wants to return to La Liga.

The club where he made over 250 appearances before falling out with Marcelo Bielsa and heading for Juventus seems an obvious fit. With Athletic’s presidential elections scheduled for December 27, bringing back a hometown hero could be a pretty easy win for any candidate.

It remains to be seen whether Spurs would stand in the way of a January rather than summer departure, but you’d think they’d be pretty amenable if they themselves actually manage to sign someone. Although they do find signing someone quite tricky, with Mauricio Pochettino speaking again this week about the difficulty of bringing in strikers to play second fiddle to Harry Kane.

HAMMER TIME
West Ham and Everton are considering moves for former Arsenal and Manchester City midfielder Samir Nasri, who is a free agent after serving an 18-month drug ban.

This does sort of make sense for West Ham, who are struggling a bit and have lost Manuel Lanzini, Andriy Yarmolenko, Carlos Sanchez and Jack Wilshere to injury.

Not sure it makes as much sense for Everton, who are getting things together nicely under Marco Silva and are not particularly short of midfield schemers.

AND THE REST
Sevilla are monitoring Alberto Moreno’s situation at Liverpool… Arsenal want Juventus’ Medhi Benatia – as do Manchester United… Mesut Ozil could spend the rest of his career at Arsenal… Fulham are interested in signing Chelsea flop Tiemoue Bakayoko… Arsene Wenger says he has received no approach from Real Madrid about their manager’s job… Manchester City have scouted 14-year-old wonderkid Fernando Ovelar.