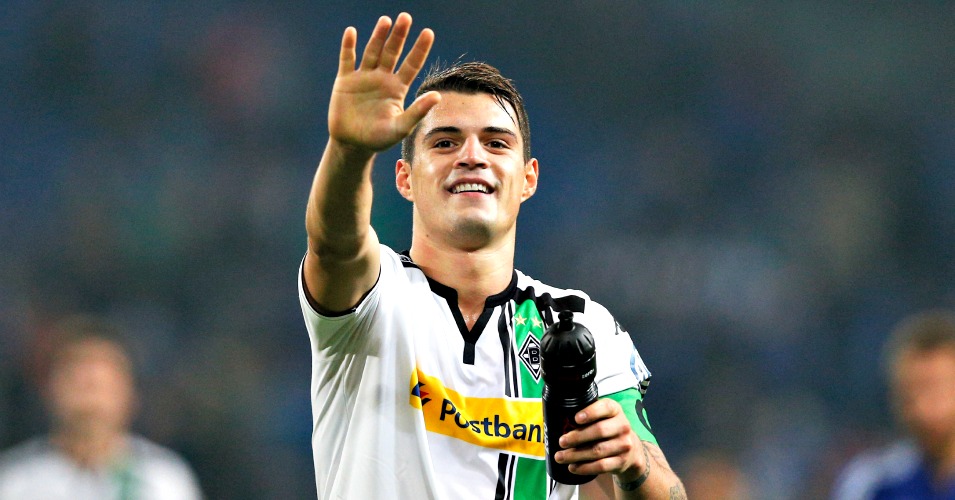 GUNNERS WANT GRANIT IN MIDFIELD
We brought you news of the German media’s struggle with international week on Wednesday, but SportBild are back again with the transfer rumours on Thursday.

Xhaka, a 23-year-old Swiss international, operates mainly as a defensive midfielder (BUT ARSENAL DON’T NEED ONE!11!1), and SportBild claim the Gunners have sent an official to watch him in action. Xhaka has a buyout clause of €30m, which is apparently only applicable in 2017.

Much as it was on Wednesday, it’s all poppycock.

RITCHIE BACK ON UNITED RADAR
It was weird when Manchester United were linked with Matt Ritchie back in August, and it’s no less bizarre now.

The Sun is the responsible party for resurrecting this rumour, and they claim United scouts have been watching Ritchie’s performances for Bournemouth in the last few weeks and feel he would be a good addition. It must have been the one goal and no assists in his last five league games.

To be fair to Ritchie, he has been one of the Cherries’ obvious star performers so far this season, but it all just seems a bit far-fetched. Bournemouth rejected a £7million bid for the 26-year-old last January, but United feel that he offers a cheaper alternative to first-choice target Sadio Mane of Southampton. There is a reason he’s cheaper, chaps…

DEMBELE SQUARED AT SPURS
It seems Mauricio Pochettino is hellbent on confusing everyone; the Spurs manager is reportedly interested in Fulham striker Moussa Dembele.

He of the plural ‘s’ as opposed to the singular is in fine form for Fulham this season, scoring seven goals in 14 Championship games for the managerless Cottagers. His contract expires in the summer, and the Evening Standard believe Spurs, Everton and Feyenoord will tussle for the 19-year-old.

AND THE REST
Paris Saint-Germain will battle it out with Real Madrid next summer to sign Eden Hazard from Chelsea…Liverpool are keeping tabs on FC Koln goalkeeper Timo Horn…Bolton want Liverpool’s Joao Teixeira on loan…Tottenham have issued a hands-off warning to Inter Milan over Jan Vertonghen…Tottenham boss Mauricio Pochettino continues to monitor Sunderland goalkeeper Jordan Pickford as he fears losing Hugo Lloris…Southampton will offer Luuk de Jong a return to the Premier League…Saido Berahino is resisting West Brom’s attempts to tie him down to a new £50,000-a-week deal…Sunderland midfielder Emanuele Giaccherini is set to make his loan move to Bologna permanent…Bayern Munich fear Pep Guardiola is top of Manchester City’s managerial list this summer…Norwich striker Kyle Lafferty is a loan target for Leeds United…Middlesbrough want Patrick Bamford back in January if the Chelsea striker triggers a release clause in his season-long loan deal at Crystal Palace…American billionaire Josh Harris is set to buy an 18 per cent stake in Crystal Palace…Massimo Cellino is trying to engineer a bidding war in the protracted sale of Leeds United amid concerns of the financial clout of one interested party, Steve Parkin…David Moyes is the man Steve Parkin wants at Leeds once his £30million takeover goes through…Remi Garde could ban pasta sauce from the menu at Villa Park…QPR are trying to hijack Paul Lambert’s move to Blackburn…Richard Rufus was on the brink of being sacked by Charlton Athletic last night after he was found to have masterminded a multi-million pound “criminal” fraud.