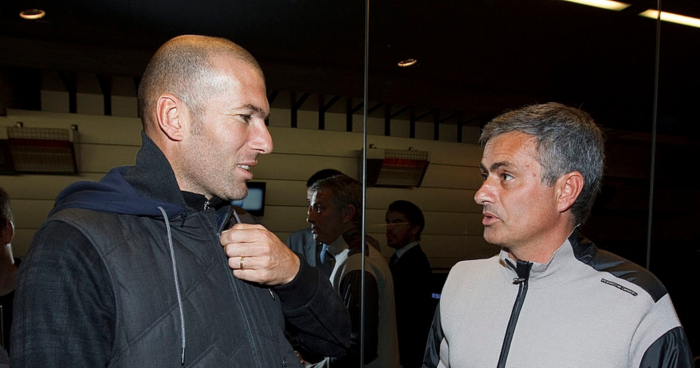 HIT THE ROAD, JACK
Last month, Tottenham had a £25million bid for Jack Grealish rejected. Aston Villa were reported to want an extra £7m; Spurs were reluctant to agree.

Which means they are unlikely to entertain Grealish’s new release clause. According to The Times, it will take ‘an offer in excess of £45m’ to land the 23-year-old, and that ‘can be triggered by any club’.

Will Tottenham try to sign him in January, or even next summer? No, probably not.

ZINE-DONE DEAL
On Wednesday, Manchester United practically announced the appointment of Zinedine Zidane as manager. He pretended to answer a red phonebox in London. What more do you want?

By Saturday, the story has made its natural next step. The Frenchman ‘is already taking English lessons’ to prepare for his arrival as Jose Mourinho’s replacement.

The Sun exclusively claim that Zidane is ‘desperate to land’ the job at Old Trafford, and has even rejected a number of jobs to keep himself available.

Why do United want him? Because he was ‘seen as a calming influence in the Real Madrid changing room and was able to unite a group of underperforming superstars’. So there.

AND THE REST
Bayern Munich are keen to sign Marseille and France winger Florian Thauvin, 25, but will have to pay 80m euros (£71.3m) for the former Newcastle player… Atletico Madrid and Spain midfielder Saul Niguez says he would never sign for Real Madrid – but the 23-year-old did once come close to joining Barcelona.