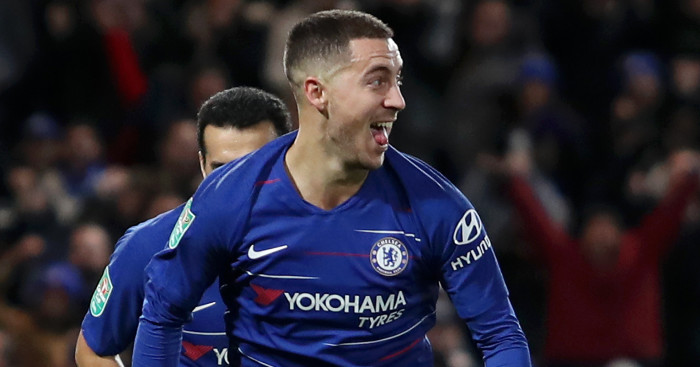 ZIDANE TEMPTED BACK BY £300M TRANSFER KITTY
Zinedine Zidane’s return to Real Madrid has prompted whispers over the sweeping changes coming to the Bernabeu this summer.

The Frenchman has apparently been promised £300million to spend during the transfer window, which could be bad news for Chelsea and Tottenham. Zidane’s return is set to strengthen Eden Hazard’s desire to move to Real while time ticks down on his Chelsea contract, with The Telegraph claiming the La Liga giants firmed up their interest in the Belgian shortly before the managerial change was finalised. Real are said to have been in touch with Chelsea, who want £100million for Hazard. The fact the Blues have already secured a replacement of sorts in Christian Pulisic, and that they stand to lose Hazard for nothing in a year, is expected to weaken their resolve to make their best player stick around.

The Independent reckons Christian Eriksen remains an option in the unlikely event the Hazard deal becomes too difficult. But Florentino Perez has his mind on bigger targets.

After unveiling Zidane on Monday, the Real president spoke of his desire to sign both Neymar and Kylian Mbappe from PSG. Good luck with that.

To make room for all these Galacticos, Real would presumably have to shift some big hitters off their books. Zidane’s return is said to be bad news for Gareth Bale, with the pair previously bumping heads before the coach quit in the summer. Things haven’t got any better for the Welshman since, and Zidane is reported to want Bale out. That could be easier said than done given not even Manchester United would match Bale’s current salary.

UNITED PREPARED TO LOAN OUT SANCHEZ
Not so long ago, United would have been more than willing to cough up whatever it would have taken to bring Bale to Old Trafford. But Alexis Sanchez has ruined everything…

The Chilean is currently United’s highest-paid player but, like Zidane and Bale, Ole Gunnar Solskjaer can’t wait to shift the attacker out of his dressing room. Also similarly to the situation at Real, Sanchez’s fat contract, on which three years still remain, make him impossible to move on without takin a substantial hit.

So, according to The Sun, United are willing to offer Sanchez on the loan market, just to shuffle him out of the door.