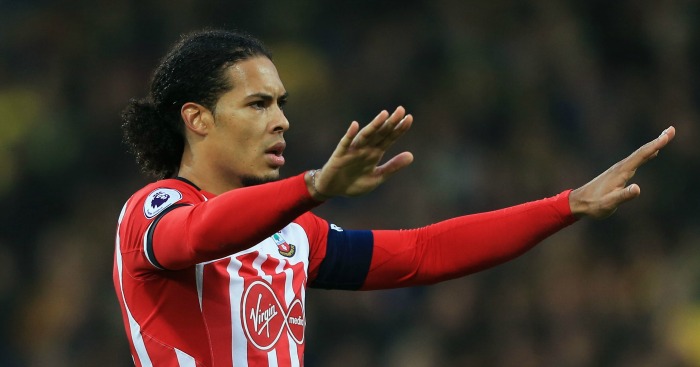 KEITA WANTS TO FORCE JANUARY MOVE
Now this is an interesting story. And by that we mean, erm… dodgy?

The Daily Mirror’s headline reads ‘Naby Keita desperate to join Liverpool in January – and could still push through early move’, making no mention that it isn’t actually them that has the story but the Daily Express.

In fact, the Daily Express’ story is that they spoke to ‘Bundesliga expert’ Lee Price, who says that Keita is desperate for the move to happen. Price is also Head of PR at Paddy Power.

Amid all this Keita chatter, just a reminder that my book on the (r)evolution of German football – The Bundesliga Blueprint – is available here: https://t.co/31BGyzmxdx

By ‘all this Keita chatter’, you mean you speaking to a newspaper?

MANCHESTER CITY SET TO LAND VAN DIJK
It does look increasingly like Manchester City are going to win the race to sign Virgil van Dijk. Can you really blame any player for choosing them over any other team in the world at the moment?

In the Daily Telegraph, James Ducker writes that having made Van Dijk their No. 1 priority in January, they have moved to the front of the queue for a central defender who could cost £60m.

With John Stones injured, Vincent Kompany perma-crocked and Eliaquim Mangala still not fancied, you can see why City would like a new option. Might as well buy an excellent player who would otherwise join a rival.

ARSENAL WANT BURNLEY DEFENDER…
While Manchester City are planning a move for Van Dijk, Arsenal are also interested in a defender. That would be Burnley centre-back James Tarkowski, then.

The Daily Star (yeah, we know) say that Arsenal and Chelsea have been eyeing Tarkowski, who they believe is worth £30m. That would be a ridiculous rise in status for a defender who couldn’t get into Burnley’s first team last season. Surely neither Arsenal nor Chelsea would pay that kind of money?

…AND TOLD THEY CAN HAVE DRAXLER
That’s according to The Sun, and an exclusive by Jordan Davies. Again, it fails to make their paper copy. That’s not a good sign.

We’re first told that Arsene Wenger sees Draxler as the perfect replacement for Alexis Sanchez, which is not a bad shout. But the main storyline is that Paris Saint-Germain have told Arsenal that £40m will be enough to sign the German, who has dropped out of the first team after the arrival of Neymar.

Tarkowski for £30m or Draxler for £40m. And people say there is a Premier League premium.

AND THE REST
Javier Pastore insists he will not leave PSG in January… Chelsea will go up against Arsenal for Leon Bailey… David Moyes has confirmed that West Ham are interested in signing Steven N’Zonzi… Brighton must smash their transfer record to sign Moussa Dembele… Watford are after Luke Shaw and Theo Walcott… Marouane Fellaini is being targeted by a Chinese Super League club.