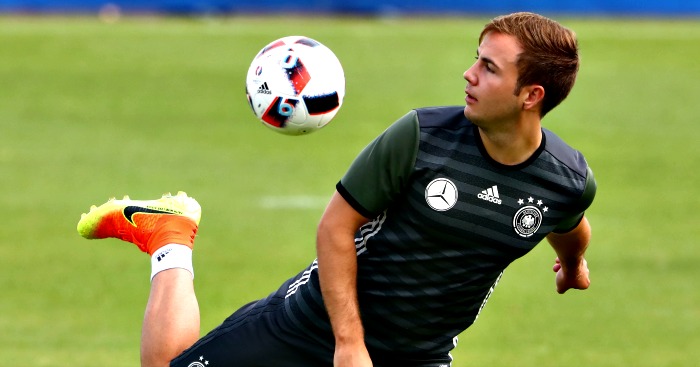 Mario Gotze has tried to appease Borussia Dortmund fans still angry at his decision to leave for Bayern Munich by posting a message on his Facebook page.

The Germany star – who had been linked with a move to Liverpool and Tottenham –rejoined his former club on Thursday for €26m (£21.7m), three seasons after the attacking midfielder left Signal Iduna Park.

The 24-year-old Germany international was one of Pep Guardiola’s first signings in the summer of 2013, having agreed to join before the end of the season, and leaves the Allianz Arena having won three Bundesliga titles and two German cups, while also scoring the winner for Germany in the 2014 World Cup final.

However, his time at Bayern is not looked back on as a particular success, while his return to Dortmund has divided fans, with many still angry at him for abandoning the club in the first place.

Gotze, a product of the Dortmund academy, said in a statement on Facebook that his decision to leave Dortmund in 2013 was one he regrets.

“When I switched to Bayern in 2013 it was a conscious decision which I will not hide myself behind.

“Today, three years later and at 24, I look at that decision in a different light. It was not a decision I would make today,” he said.

Likely to face a frosty reception from some Dortmund fans, Götze said he would do everything he possibly can to win over those who “do not welcome me with open arms” and referred to Borussia Dortmund as “his home”.

“I can understand many fans could not accept my decision,” he added. “I wouldn’t reach it today either.”

While the defender Mats Hummels and the midfielders Ilkay Gundogan and Henrikh Mkhitaryan have all left this summer, Dortmund are rebuilding their squad, having already brought in Ousmane Dembélé, Sebastian Rode, Raphael Guerreiro, Marc Bartra, Emre Mor and Mikel Merino.