Home All The News Gracia: ‘We’ll lose for sure’ if we just defend at Liverpool 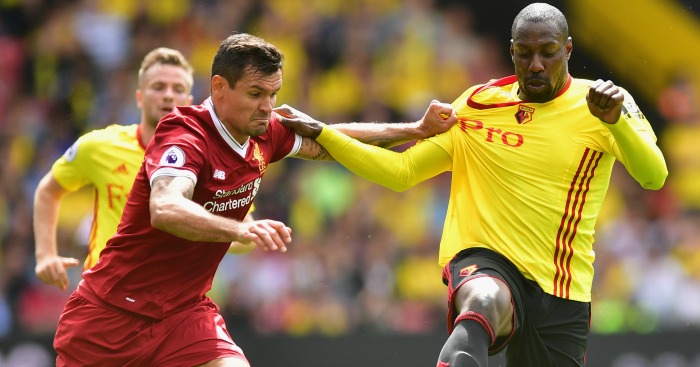 Watford manager Javi Gracia has warned his side will “lose for sure” if they just try to defend at Liverpool.

The Hornets head to Anfield for Saturday’s late kick-off looking for a response after a 3-0 defeat at Arsenal.

Liverpool, though, will be aiming to keep up the pace in the fight for second place in the Premier League, with rivals Tottenham and Manchester United both playing FA Cup quarter-finals.

Jurgen Klopp’s men were beaten 2-1 at Old Trafford last weekend but have been in fine home form this season, with Mohamed Salah, Roberto Firmino and Sadio Mane spearheading the attack to deliver nine wins and no defeats from 15 matches.

Gracia, though, believes if his side head to Anfield looking just for damage limitation, there will be only one outcome.

“I know Anfield is very difficult for us, but we are looking forward to the match,” the Watford boss said.

“I know if we play an open game against Liverpool, we have a lot of chances to lose the game.

“So we need to have a balance to be able to defend, but we need to attack as well – if you play this match only thinking about defending, you are going to lose for sure.”

Gracia wants a fully focused performance from his side, something which he felt was not the case at the Emirates Stadium last weekend.

“If we give the chances we gave against Arsenal it will be impossible to get points there (at Liverpool),” he said at a press conference, quoted on the club’s official website.

“It’s very important to minimise the mistakes, but I think the best mentality is not to start the game thinking about minimising.

“We need to be very concentrated, focused on the game, and we need to try to win and look for chances to win the match and to score.

“We also need to be careful about some players because they score three, four, five, sometimes seven goals (in games this season), so it is very important to be very concentrated.”

Watford head into the weekend’s games in 10th place on 36 points as they close in on securing their place again in the top flight next season.

With home matches next against Bournemouth and Burnley, that could well come sooner rather than later.

However, Spaniard Gracia, who took over following the departure of Marco Silva in January, is determined to takes things one step at a time.

“We are in a good moment and we try to do our best,” he said.

“For us the next three points are most important. This is our challenge and we try to do it.”