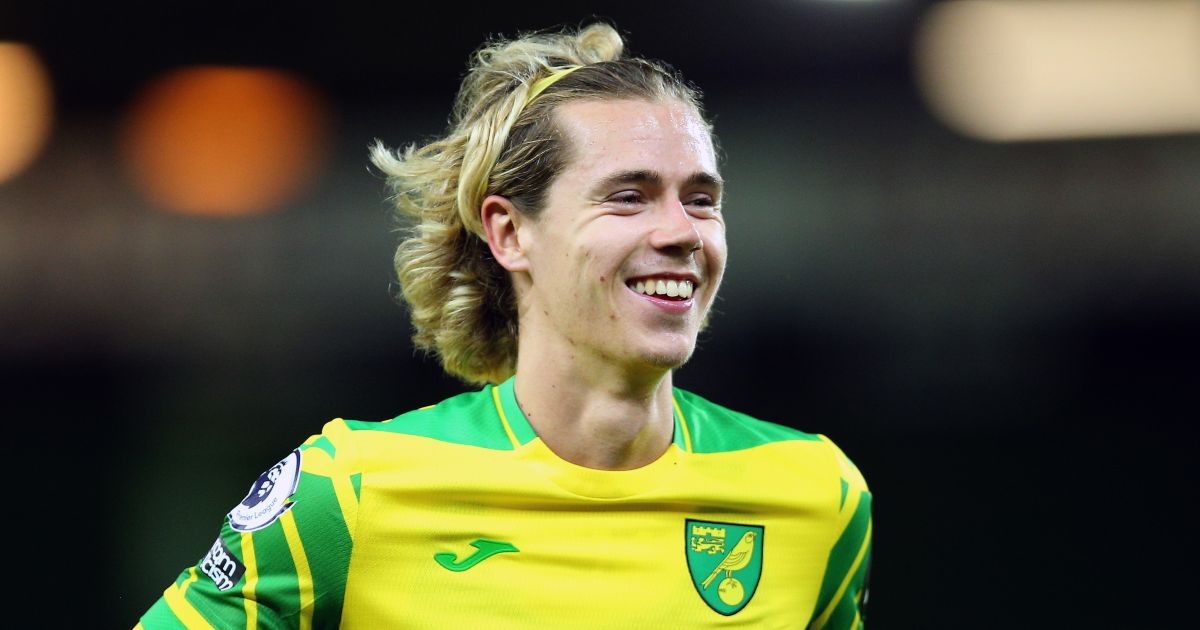 Bournemouth caught the eye with a FIFA Career Mode madness while Stoke and QPR did good business.

Barnsley – D
Rock bottom of the Championship and needing reinforcements across the board, the Tykes didn’t even make a signing until the final hours of the window with Moroccan midfielder Amine Bassi joining the sinking ship. The summer window – likely in League One – needs to be a huge one. Each of the three winter departures left with nary a tear shed from the Oakwell faithful.

Birmingham City – B
A surprisingly fun transfer window from Birmingham, whose season has been rather tedious since a strong August. Juninho Bacuna is the only permanent arrival, but at 24, could prove to be a masterstroke of a midfield acquisition, while Onel Hernandez has started his temporary switch in great form and Lyle Taylor got off to the perfect start too. Losing loanees Dion Sanderson and Riley McGree will hurt, but they have been covered well.

Blackburn Rovers – B
They didn’t lose Ben Brereton Diaz, so top marks for that. Joe Rothwell stayed too, albeit he may have burnt one too many bridges in wanting a move away from Ewood Park, but the hallmarks of the promotion-challenging side are there for the rest of the season. That can only be a good thing. Versatile attacker Ryan Hedges and the now injured Dilan Markanday are potentially very good incomings too.

Bournemouth – A
I am sceptical as to whether doing a FIFA Career Mode madness can actually work in real life, but Bournemouth’s deadline day deals are fun and in these scientific gradings, that counts for a lot. Freddie Woodman has been one of the Championship’s outstanding goalkeepers in the last couple of years while Kieffer Moore offers competition and back-up for top scorer Dominic Solanke. Nat Philips should be playing Premier League football; after this window, that could come with the Cherries next season. Three more words: Todd flipping Cantwell.

Blackpool – B
A relatively quiet month will be welcomed beside the seaside, with Josh Bowler staying at the club despite interest from Bournemouth, Fulham and Nottingham Forest. Incoming business was decent too. Jake Beesley gives the Tangerines another option up front and Owen Dale has plenty of potential on the wing. No huge outgoings made January a pleasurable ride for everyone of a Blackpool hue.

Bristol City – C+
Timm Klose in. Tyreeq Bakinson out. It’s not bad, but it’s not great. A new defender was the priority and former Norwich centre-back Klose is certainly one of those.

Cardiff City – B+
Cardiff came into this transfer window looking dangerously over their shoulder at the relegation zone, so signing good players on loan as short-term plasters is as good a plan as any. Jordan Hugill scored on his debut and looked generally quite impressive, and Uche Ikpeazu could prove to be a good replacement for Kieffer Moore, but the Wales striker will be a big miss for the Bluebirds regardless. Alfie Doughty, Cody Drameh and Tommy Doyle could all be crucial in keeping Steve Morison’s side out of the bottom three too.

Coventry City – B-
A very quiet month, but there will be few complaints with that. All the star players have stayed with the Sky Blues and defender Jake Bidwell improves their options at the back considerably. That will do nicely.

Derby County – D
Almost impossible to grade given Derby have an impossible task to improve their squad, but it is almost certainly weaker at the end of the month than it was on New Year’s Day, with Phil Jagielka and Graeme Shinnie departing for deals at Stoke and Wigan respectively. There are bigger concerns at Pride Park, of course. Teenage starlet Luke Plange signed for Crystal Palace on the deadline but will remain with the Rams for the rest of the season – perhaps the best case scenario.

Fulham – B+
One of the quietest windows in the country with no incomings and full-backs Steven Sessegnon and Cyrus Christie departing on loans with Plymouth and Swansea respectively. It was all about keeping the big hitters and they did that, Fabio Carvalho included.

Huddersfield Town – B
A quiet month was put to rights by a busy deadline day in which the Terriers boosted their young and exciting squad with the acquisitions of goalkeeper Jamal Blackman joining the fourth Yorkshire team of his career, and then another Chelsea loanee in the highly rated Tino Anjorin. Midfielder Carel Eiting was the last man through the door, and to much fanfare given his performances on loan at the club in 2020/21.

Hull City – B+
How the mood has changed on Humberside from the start of the window to its conclusion. Deadline day brought the arrivals of forwards Marcus Forss and Allahyar Sayyadmanesh, while the permanent signing of Brighton’s Ryan Longman put yet another spring in the step of Tigers everywhere. They waved goodbye to Josh Magennis and loanee Matt Smith, but Regan Slater takes the latter’s spot in the squad. These are exciting times for Hull.

Luton Town – B
They kept hold of all their key players; for a team like Luton in a position of strength in midtable, that will do nicely. Simon Sluga was replaced between the sticks on deadline day by the more dependable Jed Steer, and that is pretty much that at Kenilworth Road. Sweet.

Middlesbrough – B-
Riley McGree could prove to be a solid addition to Middlesbrough’s midfield options as the season progresses, while two of the most notable EFL transfers of the month were the dual loan signings of Premier League strikers Aaron Connolly and Folarin Balogun respectively, neither of whom have set the world alight in the early stages of their Boro careers. No big outgoings is the best news for Chris Wilder’s side.

Millwall – C+
Five more months of Jed Wallace is cause for celebration. Not much else to say, really.

Nottingham Forest – A-
It has felt a little bit scattergun at times, and they missed out on primary target Josh Bowler, but Forest have improved their squad in both quality and quantity. Sam Surridge and Keinan Davis are both improvements on Lyle Taylor in Steve Cooper’s set-up, while Steve Cook is a good signing in defence as long as he never plays in a back two again. Jonathan Panzo is much more adept in that formation and like Surridge, has previous in working with Cooper.

Peterborough United – C-
They have been the busiest of the Championship sides. In truth, they needed to be. Peterborough are no strangers to frantic transfer windows and this was no different. Genuine quality arrives in the form of versatile Bali Mumba on loan from Norwich and Jeando Fuchs in midfield. Too many signings here feel like good ones for League One though, which is exactly where the Posh will be next season if they’re not careful.

Preston North End – C
Preston know they are safe in the league and have next to no chance of going up so it makes sense to have had a quiet month and focus on the second half of the season and the better value in the summer window when Ryan Lowe can make the squad his own. Aston Villa youngster Cameron Archer could catch the eye. Josh Harrop and Connor Wickham are the big leavers, but neither will be missed.

Queens Park Rangers – B
Jordy de Wijs could be one of the biggest outgoings from the second tier in January, but the loan arrival of Wolves defender Dion Sanderson makes up for that tenfold. David Marshall has impressed having been brought in to cover for Seny Dieng at AFCON, and will provide great cover when the Senegalese stopper returns. Like the other front runners, the happiness comes from keeping the star performers at the club.

Reading – C
Would have been worse on account of signing only a back-up goalkeeper but offloading flop George Puscas for £5million and getting his astronomical wages off the books is to be commended. As good as any signing the Royals could have hoped to make this window. Losing Andy Carroll to West Brom is a stinker though.

Sheffield United – B-
A frustrating window as it appears Sheffield United have failed to come good on utilising the funds that the fans were assured could be spent. Charlie Goode on loan from Brentford is one of the best deals of the month, never mind deadline day, and he should slot in perfectly on the right side of that back three. ‘Keeper Adam Davies is a dam fine upgrade on departed duo Michael Verrips and Robin Olsen between the sticks too.

Stoke City – A-
They needed a goalscorer, and they got it in Josh Maja. They needed a dynamic midfielder, and got it in Lewis Baker. Phil Jagielka provided expertise and experience at the back, while Aston Villa loanee Jaden Philogene-Bidace will offer plenty of magic. It’s hard to be disgruntled when you tick most of the boxes you need in a typically difficult month to do so.

Swansea City – D+
Unlike Stoke, Swansea had boxes to tick and outside of Hannes Wolf and potentially Cyrus Christie, it feels like they haven’t checked them as well as they might have done. They might do well to wait until the summer with neither relegation a worry nor promotion a realistic hope, but it was an underwhelming month, save for ‘keeper Andrew Fisher joining former boss Russell Martin from MK Dons.

West Bromwich Albion – D
Well that was almost – almost – as depressing as their season to date. Daryl Dike was supposed to be their season’s and Valerien Ismael’s saviour, but an eight week spell on the sidelines now beckons. Andy Carroll is the slightly less exciting replacement to score goals, but there are far more problems in this Baggies squad which haven’t been addressed. Promotion is looking even less likely now than it was at the start of the window.