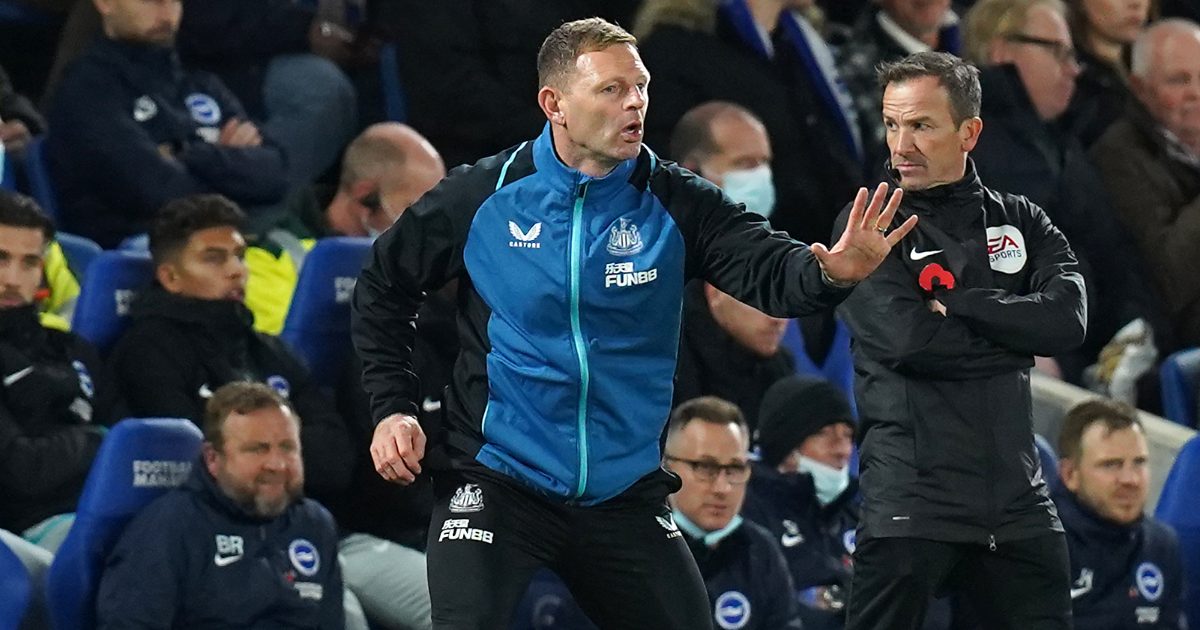 Graeme Jones will stay at Newcastle United under their new boss Eddie Howe, the Premier League club have confirmed.

The Magpies announced the news via their official website. The former Luton Town boss has previously had spells as assistant manager for Everton and Belgium.

Jones joined Steve Bruce’s backroom staff at Newcastle towards the end of the 2020/21 campaign.

Assistant head coach Jones took charge of the Magpies following the departure of Bruce in October and was also part of Gareth Southgate’s coaching staff during England’s Euro 2020 campaign this summer.

Howe has brought in some familiar faces from his time at Bournemouth including Jason Tindall, his former assistant at Bournemouth, and first-team coaches Stephen Purches and Simon Weatherstone, who left the Cherries in June 2021.

Last month, Simon Jordan suggested that Jones was “part of the problem” at Newcastle: