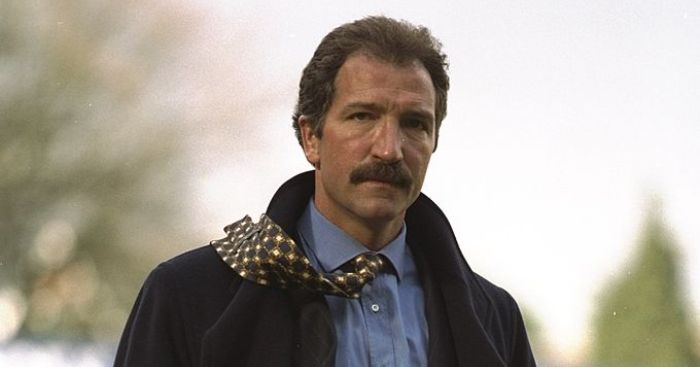 Graeme Souness has finally offered an explanation of sorts behind the infamous Ali Dia story.

Dia remains one the most notorious Premier League players ever despite making just one appearance in the competition – as a substitute for Southampton against Leeds in November 1996.

Fellow Sky Sports pundit Jamie Carragher teased Souness over his part in the fiasco, the Scot having been in charge of Southampton at the time.

Souness finally offered his side of the story to Kelly Cates, Gary Neville and Matt Le Tissier, the player Dia replaced, on Wednesday. And here it is in all its glory:

“It’s a great story and it’s a funny story but it’s not quite what you read or hear.

“So someone gets a call at the football club, George Weah’s cousin or nephew was in England and looking to join a football club. He wanted a trial.

“Well, Matt will know at that time we had such a small squad, we were having trialists in all the time. In fact, actually we got Eyal Berkovic in. He came for a week in pre-season, we ended up signing him and he became a fabulous player at Southampton.

“But we didn’t have enough players to have an eight-a-side, so we kept him for a week. As the week goes on we have more and more people getting injured, so we’re now looking – I think it was Leeds United we were playing on the Saturday; Matt, was it Leeds United? (Le Tissier confirms) – and Matt was our only fit forward.

“Now it’s all Matt’s fault because Matt lasted about 20 minutes, and I’m looking down the bench thinking, ‘what can we do?’. I’ve got centre-halves and right-backs and left-backs, and we’ve got this guy on the bench. Terry Cooper had said during the week, ‘you’re gonna have to have that fool on the bench, we just don’t have any other strikers’.

“So we ended up putting him on the bench, worst-case scenario he’s going to go on and run around and be a pest. So Matt gets injured, he comes off, [Dia] goes on, he was everywhere the ball had just been, it’s as if he’d never been on a full pitch before.

“But the story is that we were kidded and conned by people. No-one was kidded. No-one was conned. We made the decision within the first five minutes of seeing him in a game that he was not very good. But it’s a good story. It’s all Matt’s fault for getting injured.”

Le Tissier also told Sky of his involvement, much to the amusement of Souness.

“I had the same impression as Graeme. I didn’t particularly think that he was quite…I actually thought he’d won a competition to come and train with us, if I’m honest.

“And then when he turned up on the Saturday and he sat in the changing room, I’m thinking, ‘wow, that’s a pretty good competition, he’s gonna get to be in the team talk and everything’.

“I pulled my thigh muscle. I’d actually…I don’t think I’ve ever told Graeme this, but I was taking some penalties after training on the Friday, and I just felt a little tweak in my thigh muscle just as I took my last penalty, and I thought, ‘well, that didn’t seem quite right’.

“But I thought, you know, it’s just a little bit, I’ll be alright. It’s not like I have to sprint or anything in a game. I can get away with it. And then about 20 minutes into the game I just went to whip a ball in with my right foot and I over-extended a little bit and just tore the thigh muscle.

“So yeah, it was my fault and I was the player that was substituted for possibly the worst player ever to play in the Premier League.”