Anthony Martial scored his first Man Utd hat-trick in a 3-0 win over Sheff Utd on Wednesday. 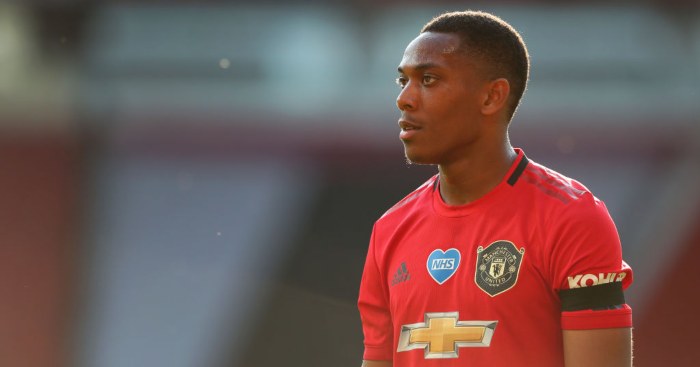 Graeme Souness thinks that Anthony Martial needs to be more like Marcus Rashford if he is to get to the top of his game at Man Utd.

Having impressed under Louis Van Gaal following his arrival from Monaco, the 24-year-old endured a topsy-turvy few years and Jose Mourinho was keen to sell the inconsistent forward.

But successor Ole Gunnar Solskjaer put his faith in Martial and gave him the number nine shirt back at the start of the season, and the former Man Utd striker helped him fine tune his work in front of goal.

The 1999 treble hero has been rewarded with the France international’s best goalscoring season to date, with Wednesday’s impressive treble taking his tally to 19 and sealing a 3-0 win against the Blades at an empty Old Trafford.

Despite acknowledging that Martial played well against Sheff Utd, Souness was still critical of his overall attitude to football.

“The third one [goal] was class,” Souness told Sky Sports.

“But we know he’s class. He’s got everything to be a top player if he could just have the same enthusiasm as Rashford the way he (conducts himself).

“There’s no doubt Martial is a proper player but he seems to hide it, sometimes he doesn’t seem interested but he was tonight. Maybe the answer is for him to score early in every game he plays and stays interested.”