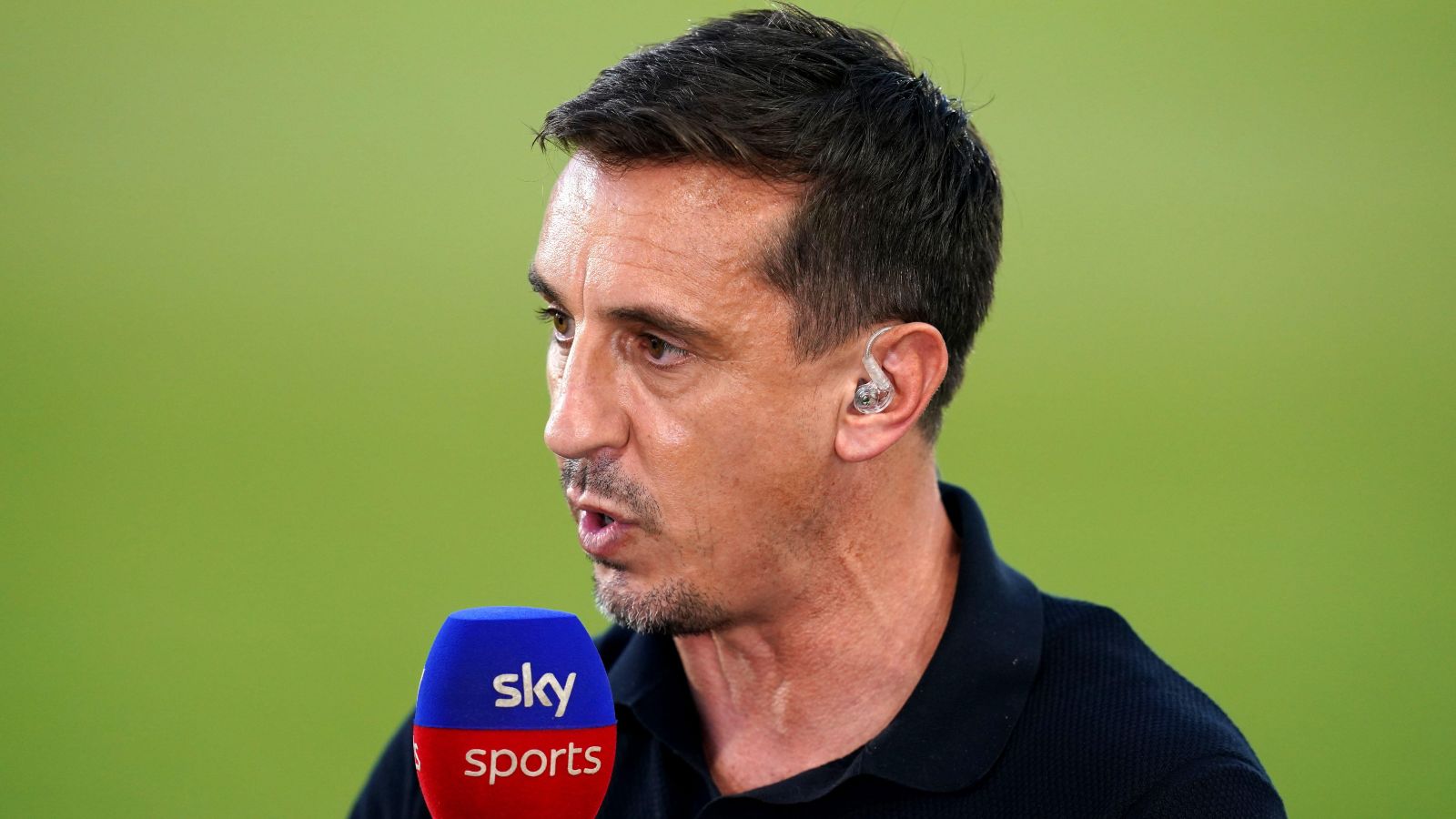 Graeme Souness and Gary Neville were frustrated that a VAR decision in Japan’s 2-1 victory over Spain was not made clear to viewers.

The Japanese produced a stunning second-half comeback that saw them beat Spain to book their place in the last 16 of the World Cup as Group E winners.

Spain had looked in total control at the break after taking the lead through Alvaro Morata’s early header.

However, following a couple of changes at half-time, Japan produced a remarkable turnaround in the space of five minutes.

Substitute Ritsu Doan equalised with a 20-yard drive before Ao Tanaka bundled in a second goal – which VAR allowed to stand following a lengthy review after the ball had appeared to have gone out of play during the build-up as Brighton midfielder Kaoru Mitoma cut it back from the line.

A bird’s eye view of the build-up to the goal later showed that the ball had not crossed the line by a matter of millimetres.

But ITV Sport pundits Neville and Souness were left frustrated that the officials had not communicated the process to the television audience.

“From the very first day of this tournament we haven’t been able to communicate on big decisions really clearly to fans at home and even to us, how these decisions are being overturned,” Neville said on ITV.

“There was a goal disallowed and VAR has seen something that we’ve not seen in this studio or around the world.

“We can’t get an angle of what the VAR officials have seen.”

Souness added: “Every television studio, every pundit, everyone who’s got an itnerst in this World Cup will be wanting to see the picture.

“It looked to us in real time as if the ball went out, the pictures we’ve seen it looks like the ball’s gone out.

“Why are FIFA not showing us something that is so controversial, that has cost the Germans dearly? This is enormous. It’s 45 minutes later, why are they not showing us? Clear it up for us!”

Speaking about their controversial second goal, Japan coach Hajime Moriyasu commented: “We were just playing to win. We think that our intensity materialised as a goal.

“Whether the ball was out or not, there is great technology nowadays for big football (matches).

“If it was really out, it would have been a goal kick, but the judgement of the referee was it was in.

“We respected it, but we were willing to respect either way. The final judgement was it was in.”

READ MORE: Germany crash out of the World Cup by the narrowest possible margin