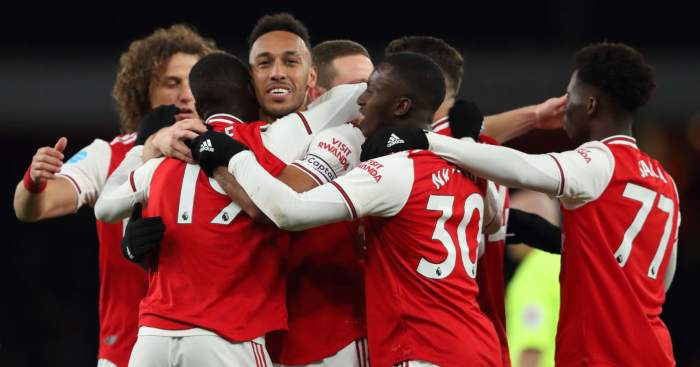 Graeme Souness was unhappy with Pierre-Emerick Aubameyang’s post-match comments that Arsenal now have a better understanding of how they play since Mikel Arteta arrived at the club.

The Spaniard was appointed in December to succeed Unai Emery at Arsenal, whose own 18-month reign ended with plenty of animosity pouring down from the Emirates Stadium crowd.

And Arsenal’s 4-0 win over Newcastle United on Sunday saw top goalscorer Aubameyang come out and praise the new regime.

Aubameyang told Sky Sports after the match: “We feel better. We have an idea of playing. It’s very clear and we are trying to maintain this level.”

The comments from the Gabon international were matched by some of his other Arsenal team-mates that hinted they are happier now than under Emery – but Souness wasn’t happy.

After Aubameyang’s interview had been shown, Souness said on Sky Sports: “What’s having an understanding with a manager got to do with anything?

“When you get to a certain age you know what you have to do to be successful at this level. You have to run around with enthusiasm, you have to be aggressive, you don’t give the ball away cheaply.

“You attack things in an aggressive manner – and I’m not talking about going around fouling – just everything about Arsenal in the first half was passive. In the second half they became more aggressive, played with more passion.

“And to succeed at this level you must have all those ingredients. And then when you lose the ball you sprint back into your position. You get goal-side as quickly as you can, the basic things. Get first to the ball.