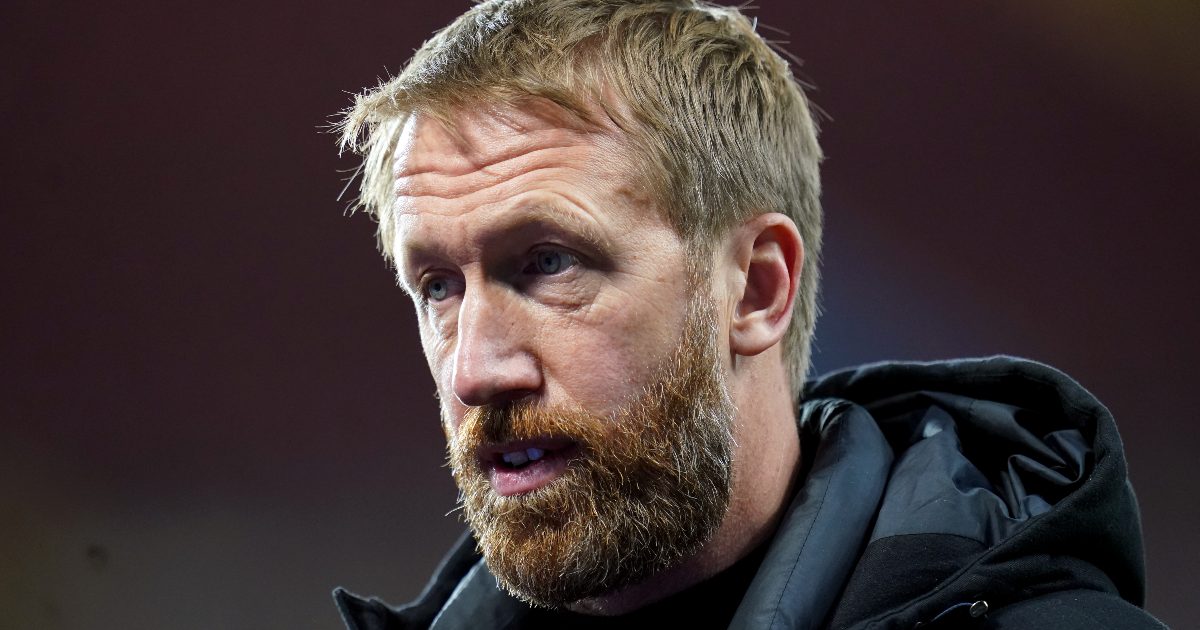 Graham Potter believes that the Brighton fans that booed their side over the weekend will now feel that their reaction was “over the top”.

Brighton’s winless run was extended to eight games on Saturday as they drew 0-0 versus Leeds United. The Seagulls were much the better side but they did not make the most of their chances.

A portion of supporters booed at the final whistle, and Potter said post-match that this was a “little bit perplexing”.

Impotent Brighton and Leeds must be forward-thinking in January

Speaking on Monday at his press conference ahead of Wednesday’s trip to West Ham, Potter – whose side are ninth in the table – said: “Nothing’s really changed from my perspective.

“After a game there’s emotions, and I think people sometimes, when they reflect back, think ‘Maybe I got caught up in stuff’.

“The reaction was a bit confusing from my perspective. It wasn’t all of our supporters, it was a few, and as disappointing as it is, you have to accept that, that’s the world we’re in.

“When you look at the team we had, a lot of the young players, you look at the performance, at where we sit in the Premier League…I think if we want to achieve our goals, we have to maybe collectively be a bit better than we were against Leeds.

“I’m sure there’ll be people that maybe had that reaction that maybe now are going ‘OK, maybe that was a little bit over the top’.

“I just thought after that performance, it wasn’t the best. But it’s a minority. I’ve had loads of messages from supporters being really positive. It is what it is. I think it’s important to listen to each other. They’re entitled to their opinion, and I’m entitled to mine.”

Potter added: “I think a lot of our fans understand where we’re at, what we’re trying to do, the process.

“I just think sometimes we need to communicate and say ‘Can we be better?’ If we want to be a top-10 team, can we be a top-10 environment at the Amex? And that is why I said what I said after the game.”

Potter had also on Saturday made reference to Brighton’s position in the Premier League – in which their highest finish has been 15th – as he said: “Maybe I need a bit of a history lesson at this football club”.

When asked about possibly signing a forward in January, Potter said: “The job of the club is to always look to improve, but just because you identify something, it doesn’t mean to say there’s a person out there that fits, that is available, that makes a difference.

“We’ve got Danny (Welbeck) coming back from injury (in the coming weeks), Neal has played 82 games for us, scored 22 goals, one in four as he is adapting to the league, and he’s getting better with experience.

“I think it’s too easy to look for an external solution, but I understand when we’re not scoring, that’s the question and what people want. But I’d like to think they trust (owner) Tony Bloom and the club.

“If we can spot any player we think can improve us, we’ll do that. But at the same time it’s really important we understand the players we have and the journey they’re on. There’s a lot to be happy and excited about at this club – it’s not all doom and gloom.”