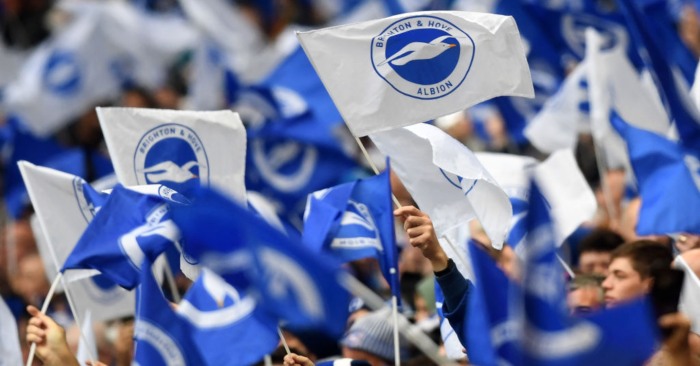 If the oft-repeated moan from British managers – that they can’t get a chance in the Premier League due to a cultural revolution that leaves them out of place and out of options – is undermined by their reticence to actually try a different path, Graham Potter offers overwhelming evidence of the benefits in doing so. Time spent griping, whittling and hardening battle lines is wasted. You don’t get to moan about locked doors and then refuse to walk through the one that stands open.

Potter, who had become disillusioned with life as a jobbing professional footballer, worked as a football development manager at two British universities having gained a sports science degree from Open University. In December 2010, he was given the opportunity to take over as manager of Ostersund in the fourth tier of Swedish football. He grasped it with both hands.

Potter’s Ostersund journey surely represents the greatest achievement of any English manager during the last two decades. In less than five years, he implemented his vision of short, passing football on minute budgets and led Ostersund to three promotions. Having reached the top tier, Potter won the Svenska Cupen that provided a route into Europa League qualifying. Ostersund humbled Galatasaray to reach the group stage, finished level on points with Athletic Bilbao and were only eliminated by Arsenal in the last 32 having won at the Emirates. That journey merits its own feature-length documentary, let alone one long paragraph.

One of the arguments made by the usual candidates against moving abroad is that success away from this insular isle counts for significantly less than what is achieved here. That’s probably indisputable; Potter took the Swansea City job not because it was the perfect club in the perfect state, but because they were prepared to give him a chance.

Swansea City were on their knees, supporters disillusioned having seen the Swansea Way – something tangible and real rather than vague PR guffery – ebb away to nothing. Steve Kaplan and Jason Levien, the American major shareholders, had overseen a fire sale following relegation. Sixteen players left the first-team squad in seven months.

But Potter made it work. Swansea supporters may now feel let down that their manager has left, but loyalty is a two-way street and Potter was forced to work under comparatively dismal conditions. As at Ostersund, he put the budget restrictions to one side and created a team according to his own vision.

It’s hard to pick two teams among the 92 who played more contrasting football than Swansea and Brighton last season. Swansea completed the most passes per game of any Championship team (537), 16 clear of Marcelo Bielsa’s Leeds United and more than 100 clear of any bottom-half Championship team. No team made more short passes or played fewer long balls. No team had a higher passing accuracy. For all Kaplan and Levein’s missteps, they appointed a manager who brought the old ‘Swansealona’ principles back.

This is why Potter was targeted by Brighton, with whispers that discussions between the two parties took place as early as February as owner Tony Bloom looked to take the club into a new era. Hughton’s football had been effective in keeping Brighton in the Premier League but was losing its way, with Hughton accused of wasting some technically gifted midfielders.

Brighton themselves were accused of shunning safety and being over-ambitious by sacking their manager, but if Hughton was the safe option, he had an odd way of showing it. Brighton took ten points from a possible 51 between January and May. No appointment is risk-free, but this did seem like the perfect time to try something new. If nothing else, Brighton have certainly done that.

At Ostersund, Potter preferred to sign younger players who he believed he could mould into his playing philosophy. At Swansea, he did the same with what he inherited. Potter’s greatest achievement in south Wales wasn’t implementing his passing style so quickly or even finishing tenth in the Championship, although both were impressive feats given the club’s situation – it was reinventing the squad.

If Hughton can reasonably argue that he was undermined by the club’s summer 2018 transfer business – he appreciates age and experience while Brighton signed ten players aged between 18 and 24 – Potter is far more likely to integrate those players into his squad more effectively. One thing is certainly true in a sea of unknowns: Brighton’s squad will now be a meritocracy. Nobody gets to pull rank.

This will not be easy. There is as much chance of Potter leaving after three months as staying for three years. His extraordinary success at Ostersund was founded upon the three pillars that any manager desires: time, patience and a lack of external scrutiny. If Potter’s dream was always to get to the Premier League, he will know only too well that none of those aforementioned pillars are present here.

The Premier League is sold to supporters as the Promised Land, but fighting the financial tide in the bottom half quickly becomes monotonous and Brighton should be congratulated for their courage and endeavour. Those are two qualities that Chris Hughton – lovely man, solid manager – lacked.

Potter will now attempt a genuine revolution in a league where playing safe and stacking the money high is the easiest option. It may work, it may not. But it will be intriguing to watch. For plenty of Brighton supporters, that’s enough to get them onside.