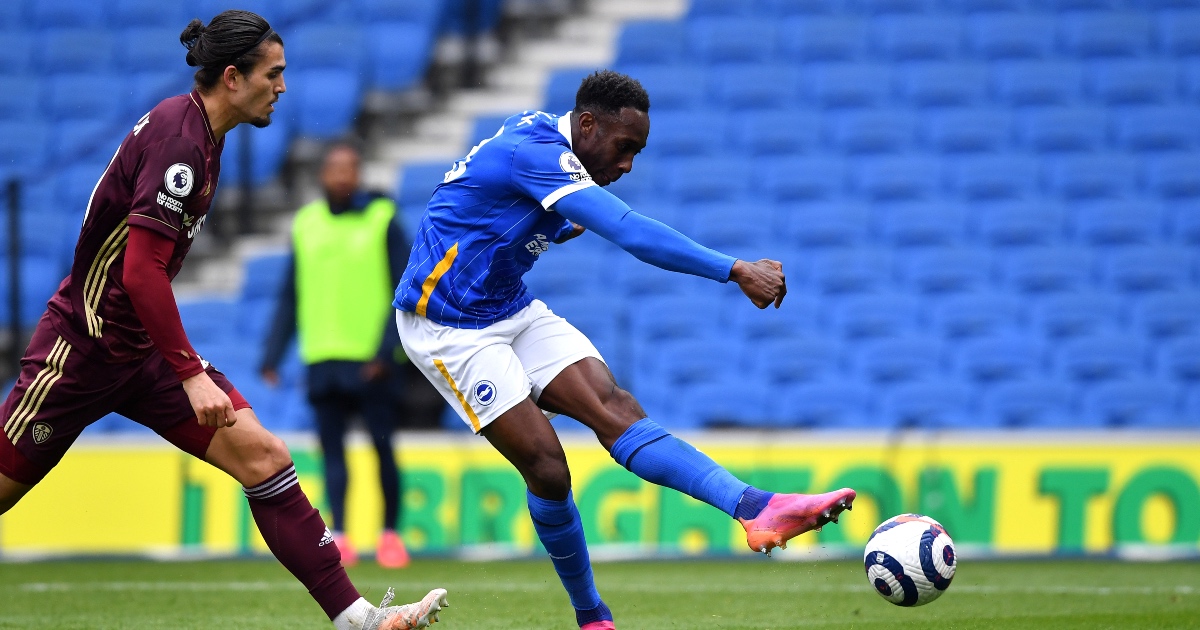 The Seagulls took a huge step towards Premier League safety with just their third league win at home this season.

Pascal Gross opened the scoring with a 14th-minute spot-kick. The referee was forced to give a penalty following Ezgjan Alioski’s challenge on Welbeck in the box.

Welbeck eventually made it two in the 79th-minute.

A Pascal Struijk clearance fell to Welbeck, who pulled off a brilliant Cruyff turn to get away from his marker.

He then sent a left-footed drive past keeper Illan Meslier for his fifth Premier League goal of the campaign.

That essentially ended proceedings at the Amex Stadium as Brighton reached 37 points.

Speaking after the win, Potter told BBC Sport: “A big victory and a big performance. One with a lot of quality and a lot of character. [We were] disappointed with the last one, you have to respond and the players did. Overall a fully deserved three points.

“We deserved the two-goal lead. Sometimes you don’t get what you deserve.

“Danny Welbeck has that quality. He has scored some good goals for us. He has contributed to what we have done on the pitch. He is a Premier League player and he has fantastic attributes as a player and a person.

“It was one of our best performances. You have to match Leeds for their effort and honesty and I felt we did that really well.

“There are still a lot of points to play for and we want to get more points as well.”

They are now ten points ahead of Scott Parker’s Fulham, who need a win against Chelsea on Saturday evening to have any chance of survival.

Brighton have famously squandered plenty of chances this term so Potter will be happy with how Welbeck gave them a two-goal cushion.

The forward showed why he played at the top level earlier in his career as he turned brilliantly for the second goal.

Their next game is against Wolves on Sunday May 9.