Home Mediawatch Graham Potter, Raheem Sterling and a ‘genius’ move to play a winger on the wing 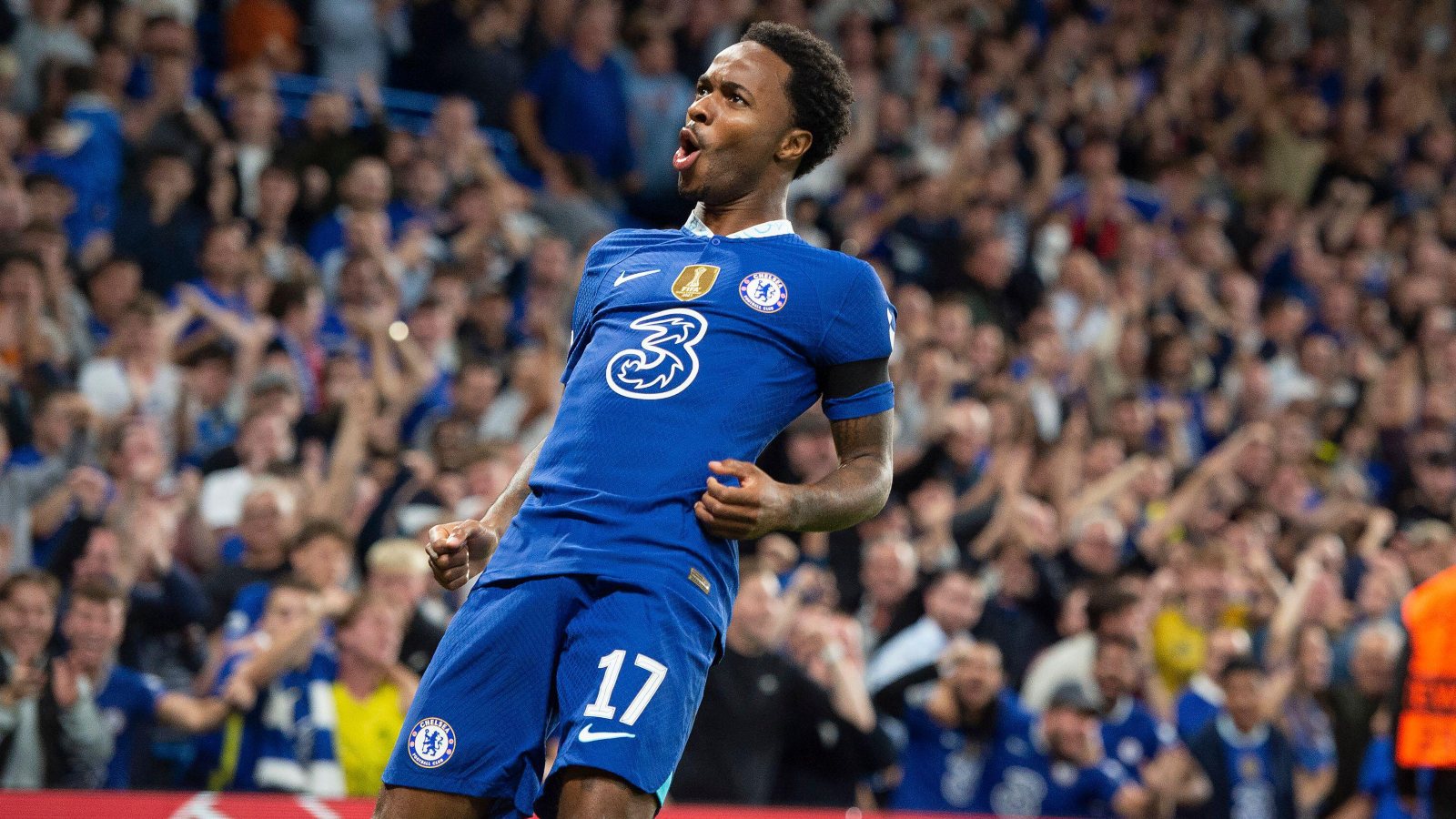 Graham Potter played Raheem Sterling as his most advanced player. However did he cope with such a curious plan? And how did Potter react?

Pott luck
We’re not saying that Graham Potter is being set up for a fall but The Sun began their match report from his first game as Chelsea manager thus:

‘GRAHAM POTTER had never even been to a game of Champions League football until this one.’

Best of luck, fella. By God you will need it.

On the wings of love
‘So much emphasis is placed on tactics in the over-analysed modern game that a positional shift of five yards for one player creates raptures and rage in equal measure among the hipsters who live for low-blocks and transitions,’ writes old man Andy Dillon in The Sun, which is positioned handily above this on The Sun website:

‘The Three Lions star has traditionally played as an attacking winger and even as a central striker at times under Pep Guardiola and Thomas Tuchel.

‘But Potter had other ideas.’

Chelsea average positions vs Salzburg in Graham Potter’s first game in charge. Sterling (17) the most advanced player despite being wing-b̶a̶c̶k̶. pic.twitter.com/WdKeM680dT

It looks very much like he played as an attacking winger to a) our eyes and b) the evidence.

‘Like Leandro Trossard at Brighton, he deployed Sterling on the left of a back five with Reece James on the opposite flank and Cesar Azpilicueta, Thiago Silva and Marc Cucurella central.’

Sorry but did he balls. That was not a back five; it was quite clearly a back three. If we must insist on nailing down a formation, it was something akin to a 3-3-4, with Mateo Kovacic tasked with providing cover for Marc Cucurella.

‘Despite the inexperience as a wing-back, Sterling thrived and was arguably Chelsea’s best player in the first half.’

Let us correct that for you: Despite the inexperience as a wing-back, Sterling thrived as a winger.

The value of Sterling
And here’s the Mirror on this tactical innovation:

‘Many coaches bristle when it comes to discussing formations. The game is fluid, positions are not as regimented. Yet seeing the opening goalscorer, the star attacking addition from their £270m summer splurge, line up as the nominal left wing back was enough to raise an eyebrow.

‘Arguably not since his time at Liverpool under Brendan Rodgers has Sterling been given a role with such responsibilities off the ball and yet he still looked the home team’s most threatening player long before his fine right-footed finish three minutes after the interval.’

Sterling had no real responsibilities off the ball; all Chelsea’s central midfielders made more tackles. And the ‘still’ is funny because Brighton ‘wing-backs’ Leandro Trossard and Solly March have taken more shots than anybody else under Potter this season.

Nobody who has watched Brighton ‘raised an eyebrow’ at that formation.

Innovation
That particular extract is from a ‘Three changes Graham Potter introduces at Chelsea as two worrying concerns linger’ piece, because why count one thing when you can count two? See, numbers are good.

Chelsea drew 1-1 with Red Bull Salzburg having taken 17 shots to the Austrian side’s four. What do you think the two ‘worrying concerns’ are? If you answered ‘not taking chances and conceding goals’ then congratulations, for you too could write about football for a hugely successful website.

Cryptic cross words
We’re human, so sometimes we click just because we have not a clue what a headline means. This is one such example from football.london:

It turns out that the ‘story’ is that Chelsea could recall Bayer Leverkusen loanee Callum Hudson-Odoi in January.

But what of £70m? Where has that figure been plucked from?

‘There is an option, Chelsea themselves revealed, to bring the Englishman back in January should they want to. Having started well in Germany, a country he nearly ended up in four years earlier after a £70m bid was rejected for the then 18-year-old, it is looking like a more appealing clause.’

He did WHAT?
Talking of which…

And what did Potter do following the Raheem Sterling goal?

Well, we find out 16 paragraphs in:

‘Potter would sway and react to Chelsea’s chances from his technical areas and stretched as far as another applause when Sterling opened the scoring in the second half, and overall was an understated presence on the sideline.’

He applauded. The man applauded. And that’s definitely worth a headline that very carefully hints that he might have been p***ed off about the Chelsea fans thanking Tuchel.

As we said at the top of the page: Best of luck, fella. By God you will need it.

Kepa up
Mediawatch was previously unfamiliar with the work of London World, so we were surprised to see this ranking high on Google:

That will be the ‘forgotten man’ who literally started last week v Dinamo Zagreb. We know modern attention spans are short but…