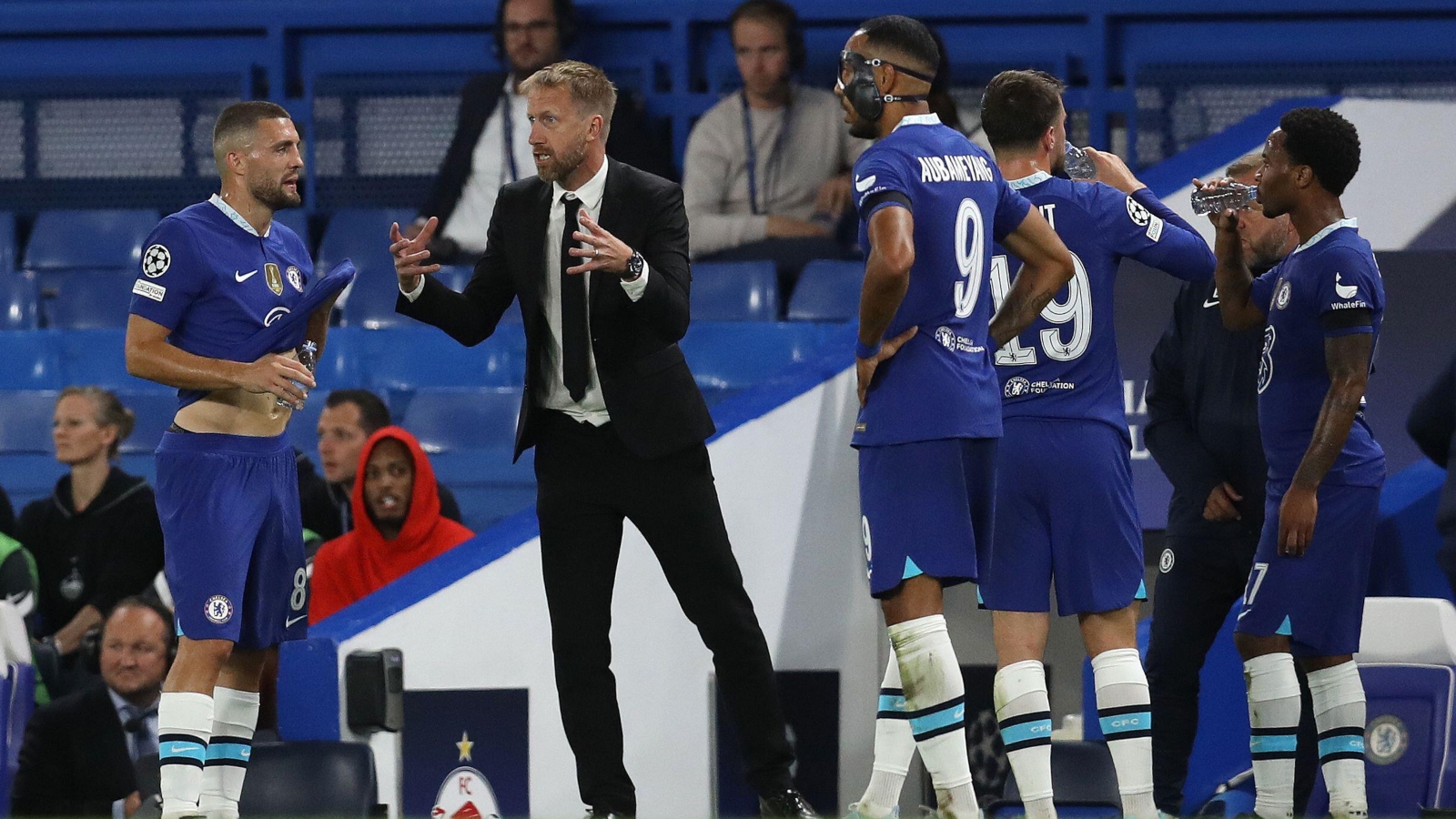 Graham Potter has been told he must address a ‘confidence’ problem at Chelsea after their 1-1 draw with RB Salzburg on Wednesday.

Raheem Sterling gave the Blues the lead early in the second half but his goal was cancelled out by Noah Okafor to leave Potter’s side bottom of Group E with just one point after two games.

Chelsea had some late opportunities to win all three points but were unable to secure vicory in Potter’s first game in charge.

“Some positives,” Crouch told BT Sport. “Champions League though, Salzburg at home you would have been expected to win this game.

“They had chances to do that, I think there is a little bit of a lack of confidence at the moment in certain players. Certainly [Hakim] Ziyech who come on then you could see his shoulders were down. He didn’t look like a player full of confidence.

“Pierre-Emerick Aubameyang as well the last few games. I think there’s a few players suffering with a little bit of a lack of confidence so that’s something he [Potter] really needs to address.”

Despite the disappointment of the draw, Joe Cole insisted there was something there for Potter to build on.

“There were signs of a shape already,” Cole said. “With how he wants to play, [there was a] better attitude, not better concentration, better in the defending but ultimately for Chelsea, Graham Potter will understand that you have to win these games in the Champions League.

“I thought he was brave and bold with his substitutions. At the end of the game fans will respond to that.

“[Christian] Pulisic, Ziyech, [Ruben] Loftus-Cheek, [Armando] Broja… All the attacking players were on and they couldn’t get the win.

“Positive glimpses I would say, but there’s a lot of work for that man [Potter]. He has shown he was going to be bold in the Chelsea dugout.”