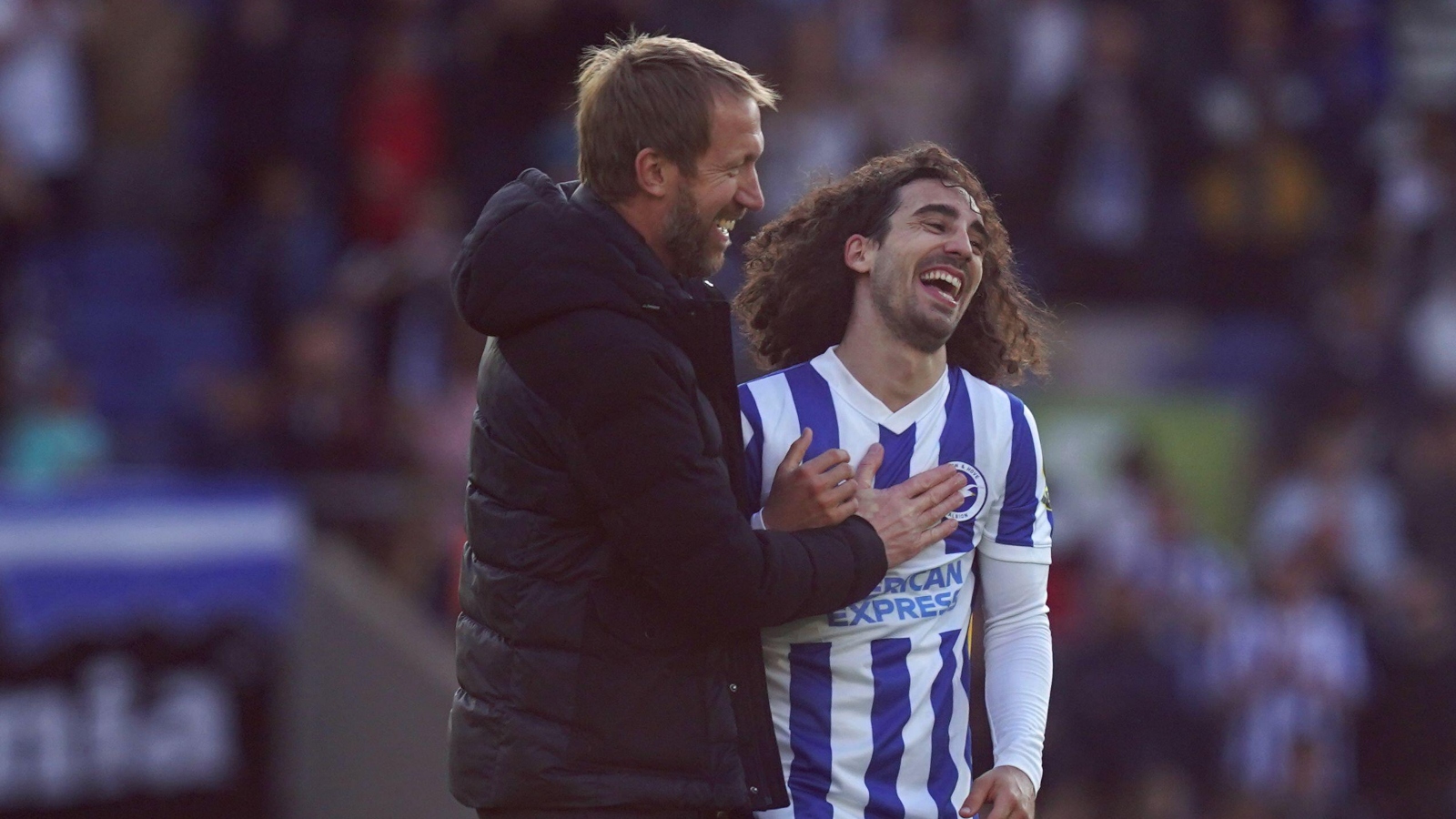 Graham Potter is reportedly set to take three members of his Brighton staff with him to Chelsea.

A report claims Chelsea hope to have Potter installed as manager in time to take charge of Saturday’s Premier League trip to Fulham.

READ MORE: Chelsea might be a snake pit for managers but Graham Potter should still jump in

The new Chelsea owners are thought to be confident of selling their long-term Stamford Bridge vision to the highly-rated Seagulls boss.

The Blues were expected to meet Potter for talks over the vacant manager’s job on Wednesday afternoon, having sacked Thomas Tuchel earlier in the day.

Brighton were understood to have given Chelsea permission to hold talks with Potter, with the 47-year-old thought to be keen on the switch.

Blues bosses Todd Boehly and Behdad Eghbali are thought to be looking for a manager who will stay at Stamford Bridge for the long-run.

Anf The Telegraph claim Potter wants to bring a key trio with him from Brighton to Stamford Bridge.

Macaulay was thought to be key in signing Marc Cucurella, whom Chelsea bought for £63m this summer, and midfielder Moises Caicedo, who’s been linked with Liverpool having been hugely impressive at the start of this season.

Potter also hopes to bring his assistant Billy Reid and coach Bjorn Hamberg, who were also both with him at Ostersunds, Swansea and Brighton.

Former Chelsea centre-back Frank Leboeuf has had his say on Tuchel’s sacking and Potter being the club’s top choice to replace him.

On Tuchel’s sacking, Leboeuf said: “It’s a shock. We went two shocks in 24 hours. The first was the absolutely horrendous match that the Blues had yesterday, and today that they decided to get rid of Thomas Tuchel.

“The owner seemed to be impatient, in many ways.

“Yes I’m in shock, but I can understand that Chelsea – the way that they play – the board wants to react”.

On Graham Potter, he added: “He could be the man. It’s not because you’re a star because your name is Conte or Ancelotti.

“Graham Potter can bring something new, and it’s not about experience, it’s about ideas.

“I’m sure that man can handle the pressure of a big club. If he will be chosen by Mr Boehly, it’s because they think he’s capable of being the best.

“We have seen some so-called big star managers that have been unsuccessful.”