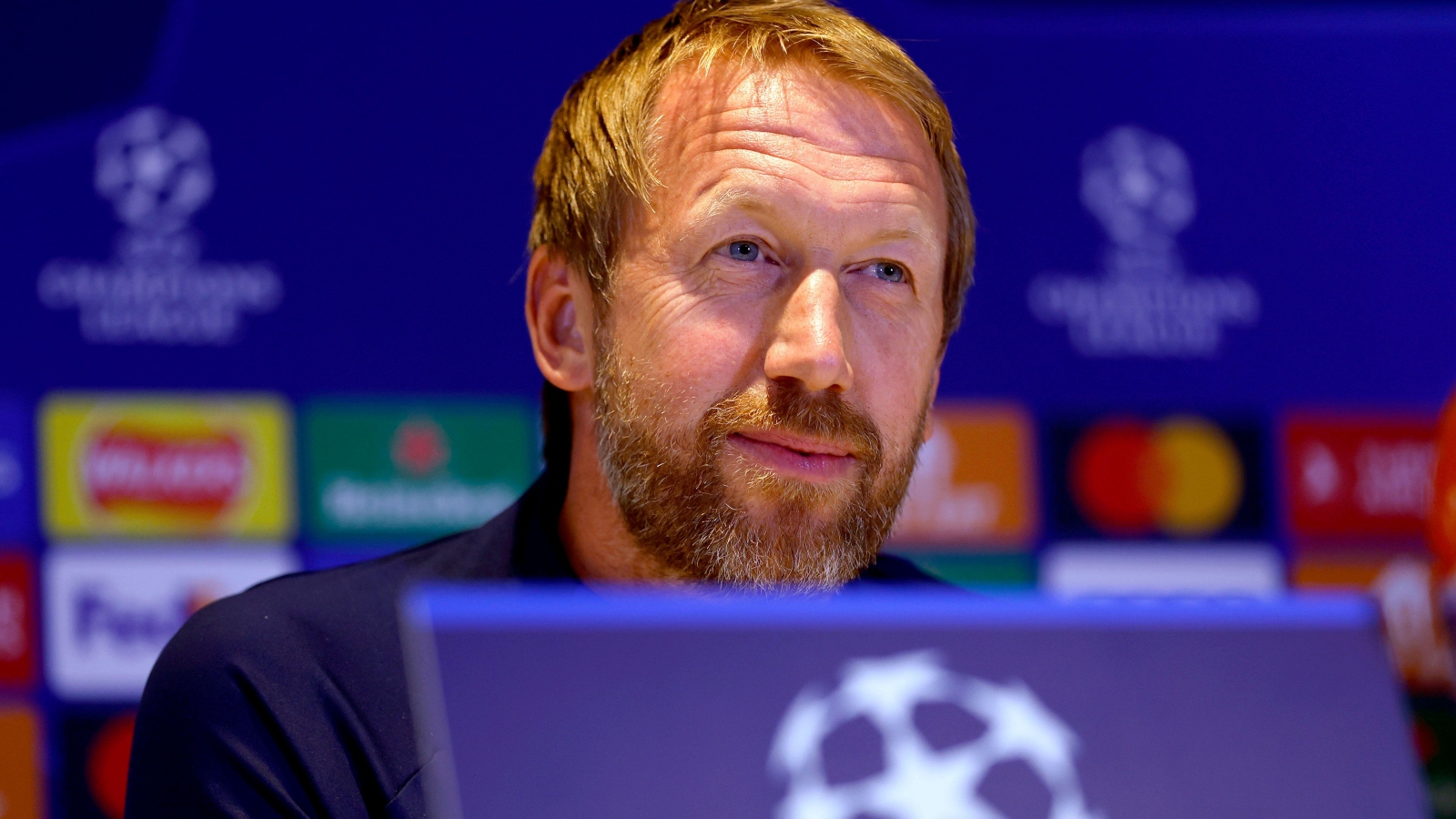 Graham Potter reportedly wants to bring Harry Kane to Stamford Bridge next summer and Chelsea are hopeful of tempting Tottenham into a striker swap.

Having angled for a move to Manchester City in the summer of 2021, Kane now appears settled at Spurs and happy to be playing under Antonio Conte. They are currently third in the Premier League after an unbeaten start.

MEDIAWATCH: Graham Potter, Raheem Sterling and a ‘genius’ move to play a winger on the wing

Meanwhile, Chelsea’s less than solid start, which has seen them lose two of their opening six Premier League games, led to the sacking of Thomas Tuchel, with new owner Todd Boehly moving quickly to replace the German boss with Graham Potter.

Potter’s first game in charge on Wednesday ended in frustration as Chelsea were held to a 1-1 draw by RB Salzburg at Stamford Bridge, to leave them bottom of Champions League Group E.

There were positives to take away from the game but the Blues attack was far from fluent, with a number of Chelsea’s forwards clearly lacking confidence.

Former Arsenal striker Pierre-Emerick Aubameyang, signed from Barcelona on deadline day, looked lost for the most part despite his claims Potter’s ideas will be “easy” to put into practice.

And Calciomercato now claim ‘Potter likes Harry Kane’ and ‘would like to try to get his hands on him at the end of the season’.

Chelsea have been sorely lacking a proper goalscorer from some time and their signing of Romelu Lukaku last summer ended in disaster.

The Belgium international has since returned to Inter Milan on loan, but the report claims Chelsea may look to use him as part of a deal to bring Kane to Stamford Bridge.

Lukaku thrived under Conte in their time together at Inter and it’s claimed Potter will ‘propose to his Italian colleague an exchange with Romelu Lukaku’s card and a cash match’.

It’s claimed an agreement with Inter, which could see Lukaku stay on loan for another year, could be a problem, but as the report states, ‘much will also depend on the performance of the footballer in the league’.