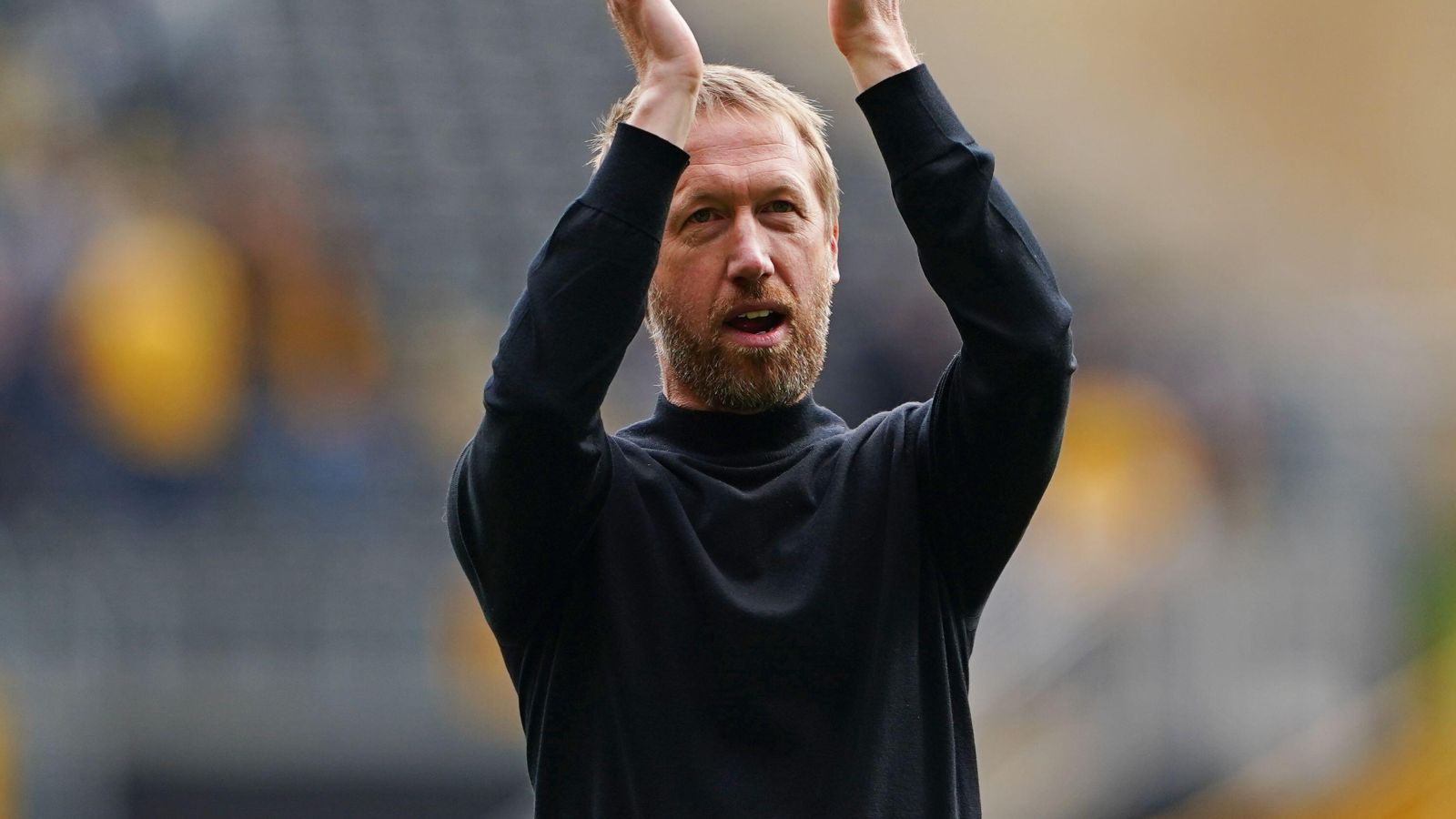 Graham Potter has ‘verbally agreed to take over as Chelsea boss’.

Potter met with Blues bosses for talks over the vacant manager’s job on Wednesday afternoon, after they had sacked Thomas Tuchel earlier in the day.

READ MORE: Chelsea might be a snake pit for managers but Graham Potter should still jump in

Potter has a hefty compensation clause in his Brighton deal, but Chelsea’s owners are understood to be relaxed about meeting the buyout fee.

Blues bosses Todd Boehly and Behdad Eghbali are thought to be looking for a manager who will stay at Stamford Bridge for the long-run, and it appears they have got their top target.

That’s according to CBS Sports journalist Ben Jacobs, who tweeted: ‘Told Graham Potter has verbally agreed to take over as Chelsea boss. Formal paperwork expected to follow soon with Chelsea hoping to finalise the appointment before Fulham this weekend.’

Potter’s stock has risen throughout his career, which has seen him move from Ostersunds to Brighton via Swansea, and he has earned particular praise for the Seagull’s display this term.

But Rio Ferdinand claims Brendan Rodgers – who’s under pressure at Leicester – would be the “logical choice”.

The BT Sport pundit reckons “things could go against” Potter as has not “had the experience” of handing big-name players:

“Potter has done an absolutely fabulous job at Brighton. They’ll be reluctant to let him go I’m sure,” Ferdinand added.

“He will be courted by bigger clubs but would he take this job? He’s a great coach and as soon as he went into Brighton their style of play changed. He’s got a clear idea of how they want to play. On the grass, he would be great.

“A lot of the questions would be around if he is able to handle the egos and the stature of players at Chelsea? He’s never had that experience.

“He’s not someone who has proved he can win trophies yet either. So there are things that could go against him. But I think the younger players at Chelsea would welcome him.”

A report claims Potter will bring three members of his backroom staff with him to Chelsea, including the transfer guru responsible for the signings of Marc Cucurella and Moises Caicedo.