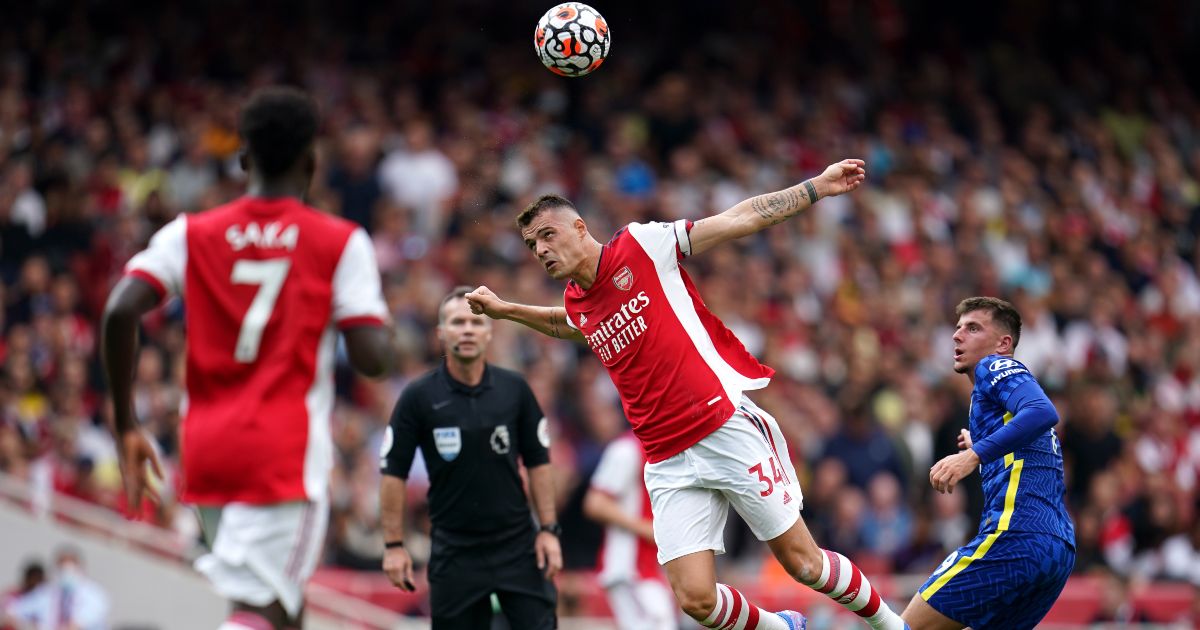 Granit Xhaka insists Arsenal will be motivated by the criticism levelled at them following a poor start to the new Premier League season.

The Gunners lost 2-0 at home to Chelsea on Sunday as Romelu Lukaku marked his second Blues debut with a goal before Reece James wrapped up a deserved victory for the visitors.

That followed an opening-day defeat at newly-promoted Brentford as Arsenal endured their worst-ever start to a campaign in the top four leagues.

Ole and his ‘delicious recipe for disaster’, Arteta out and Potter in…

Xhaka, who signed a new deal with the club before the start of the season – despite being heavily linked with a move to Italy – admits things need to improve as the squad look to prove their naysayers wrong.

“Of course,” the Switzerland midfielder replied when asked if the team are motivated by criticism.

“A lot of people try to speak and to kill a little bit the players and the team but the strongest thing to do at the moment is to be together, and only together will we be stronger and give the results on the pitch after.

“We want to achieve something big, of course. After two games a lot of people are speaking about this team and about this club but I will say, no season finishes after two or three games.

“We still have games still in front of us, we know we have to improve a lot of things and I’m sure we will do that.”

“I’m sad for the fans because we really wanted to give them something special today.”

More from Mikel Arteta after #ARSCHE 👇

Xhaka captained Arsenal at the Emirates Stadium on Sunday, a big turnaround from being stripped of the armband by Unai Emery following an outburst at supporters and then appearing set for a move to Roma just weeks ago.

“I’m very happy, I’m still here,” he added. “I’ve signed a new contract of course and I want to give back, first of all to our staff, and then after to our fans.

While Arsenal have suffered at the start of the season, Chelsea have continued to ride the crest of a wave.

The Champions League holders beat Villarreal on penalties to lift the Super Cup and have since racked up league wins over Crystal Palace and Arsenal.

“We didn’t concede a goal and we have two victories. It’s a London derby so it gives us a lot of genuine confidence that we need as a team.

It was also announced on Monday that Chelsea and Arsenal, as well as Tottenham, raised £228,064 for Mind – the UK’s leading mental health charity – by playing three pre-season friendlies against each other in aid of the cause.