Home Arsenal Xhaka thanks Richards for NLD comments: ‘I love what he said about it’ 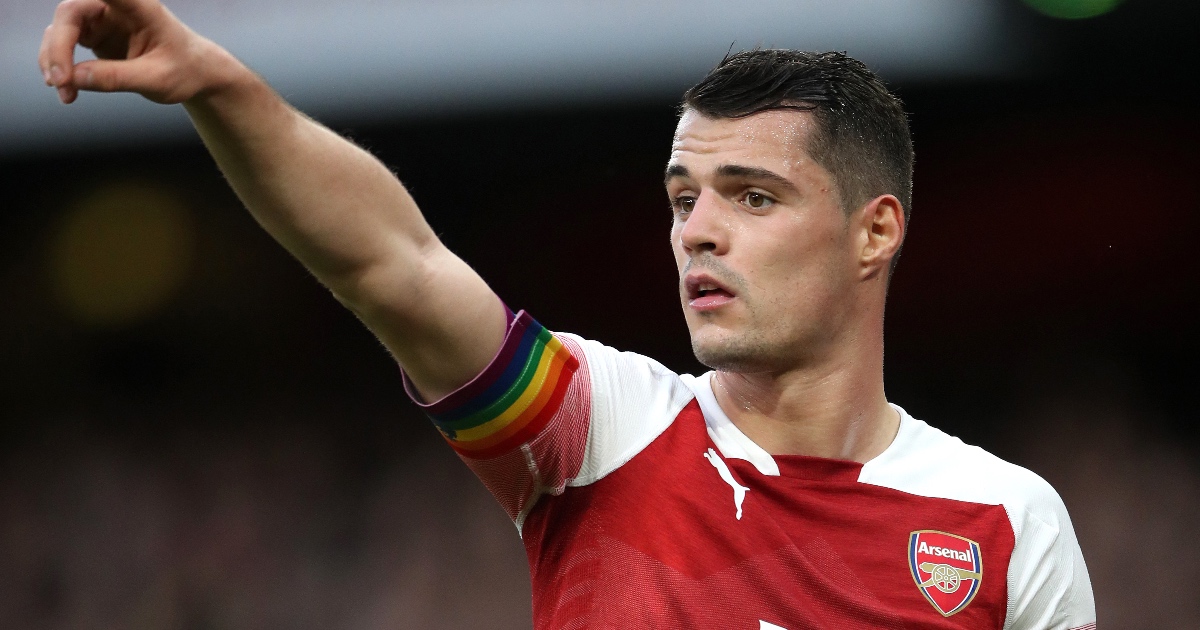 After Arsenal requested for their fixture with Tottenham Hotspur to be rearranged due to a shortage of available first-team players, many pundits were quick to criticise the Gunners as only one of their absences was Covid-related.

Richards, though, felt the attack on Arsenal was unwarranted and claimed any other club would have done the same in their position.

“I just feel like when it’s Arsenal, everyone wants to lump in for some reason,” he told Sky Sports. “Arsenal have been in great form and by the rules they’ve done nothing wrong.

“Like the lads have said here, the clarity, and they’re playing by what they perceive as not enough first-team players. So I understand other people being frustrated. But in my opinion, they’ve done nothing wrong.

“And let’s be honest, other clubs would do the same thing as well. This is not an Arsenal thing.

“People say the way they’ve handled it, they could have been better. Yes, of course, I think in terms of integrity of the game. But if you know that you’ve not got senior players fit…

“Every team in the Premier League would look after themselves and if they say they wouldn’t then they’re lying.”

In an interview with Sky Sports, Xhaka revealed he “loved” Richards’ comments and accused other pundits of double standards in their observations of Arsenal.

“It’s nothing new for me. Every time this football club does something, everyone has to say something,” he said.

“I love the comment from Micah Richards, what he said about it. He said every time Arsenal does something, everyone has to speak about it, but nobody speaks about what other clubs did.

“So thanks, Micah, for the comment. I love it.”

Xhaka, who was sent off in Arsenal’s 0-0 Carabao Cup draw with Liverpool earlier this month, also spoke of his poor disciplinary record in the interview: “It’s not like I’m planning this. It’s not like I’m doing this on purpose.

“This is who I am. I can’t change myself from today to tomorrow.”