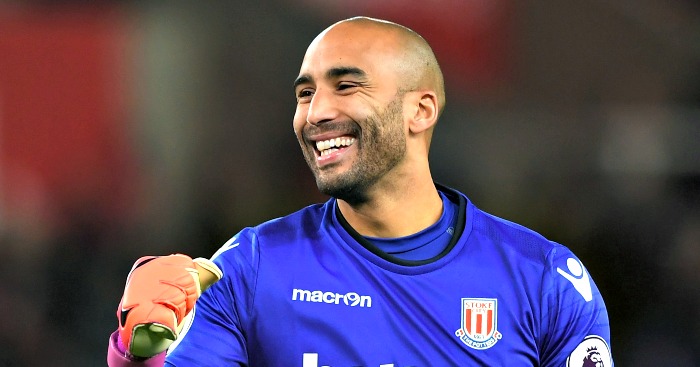 Lee Grant has spoken out after completing his “dream” £1.5million move from Stoke to Manchester United.

Grant became United’s third signing of the summer on Tuesday when he joined on a two-year deal.

The 35-year-old impressed against the Old Trafford club on a number of occasions during his time at Stoke, keeping them at bay in two 1-1 draws in the 2016/17 season.

His reward is a “dream” move to the Premier League runners-up.

“Moving to Manchester United has been a dream of mine for as long as I can remember,” he told ManUtd.com. “This was an opportunity that I couldn’t let pass and I’m thrilled to become a part of such a historic club.

“I’ve enjoyed every moment of my career so far and I’m now ready to continue learning and improving alongside some of the best players in the game. But at the same time, I intend to use my experience to help the team whenever possible.

“I want to say a huge thank you to those close to me who have supported me along my journey so far. I’m looking forward to meeting my team-mates and giving everything possible for the club in the upcoming season.”