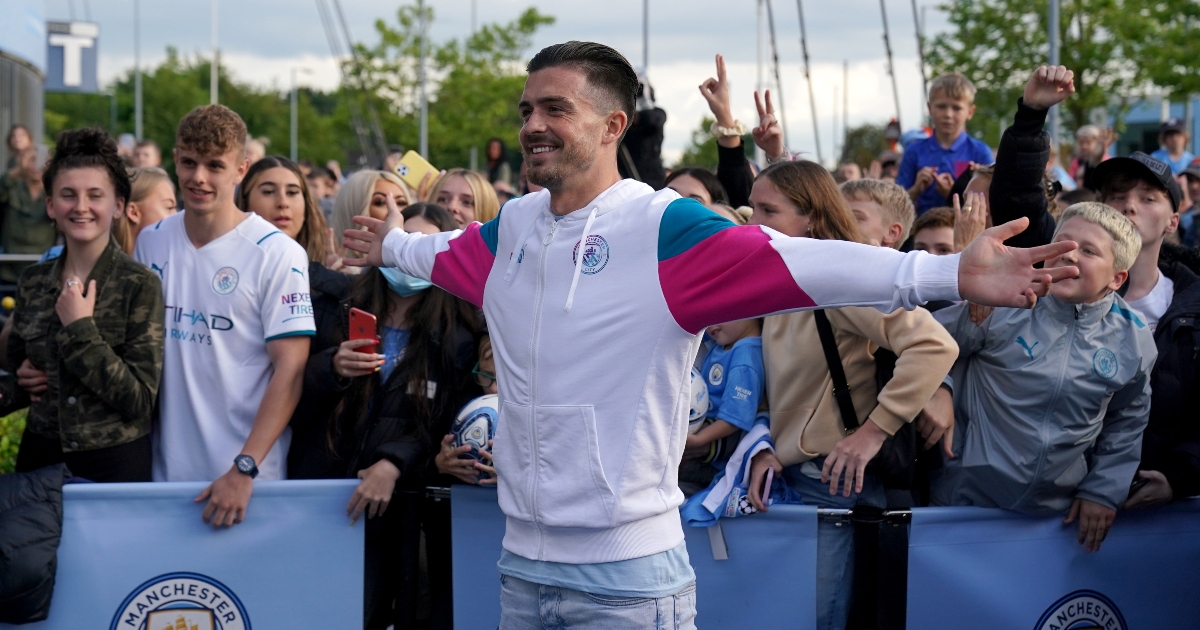 Manchester City’s £100million signing Jack Grealish says that his departure from Aston Villa left him so emotional that he “teared up” as he said goodbye.

Grealish had been at Villa since age six, but joined Man City last week in a British record transfer.

The 25-year-old captained the Villans to an eleventh place finish last term after helping them stay in the Premier League the season prior.

Speaking to the media for the first time as a City player, the England international said: “Everyone has seen the way Messi was at his final press conference.

“That is the exact way I felt myself.”

Grealish added: “Before I left at the hotel I spoke to the team, the staff and the players and I teared up a bit myself.”

The boyhood Villa fan also said that leaving the club was “one of the toughest decisions I’ve ever had to make”.

“I felt like it was time for me to move on,” he continued.

“I’ve always said how much I wanted to play Champions League football – I couldn’t do that at Villa this year.

“I have come here to win silverware and play in the Champions League, so that is my only focus now.”

Grealish is expected to make his league debut for City on Sunday against Tottenham after making his debut in Saturday’s loss to Leicester City in the Community Shield.

As well as Champions League football, the prospect of playing for Pep Guardiola was too good to turn down according to the playmaker.

“I’m going to be learning from him every day and I genuinely cannot wait to work with him,” Grealish said.

Also, he is hoping that playing for the Citizens will help boost his chances of starting for England.

He said playing in Europe and “performing” for the club “could set me up to have a brilliant future with the national team”.

Grealish impressed for the Three Lions when given the chance at Euro 2020, but struggled for game time.

He added that he wanted to “try and start in these games at the World Cup [in 2022] and in the qualifiers”.

Furthermore, the 25-year-old has further justified his decision to move to Manchester due to the high chance of winning trophies.

“I want to have as many winner’s medals as possible.

“I want to be as successful as I know I can be.”