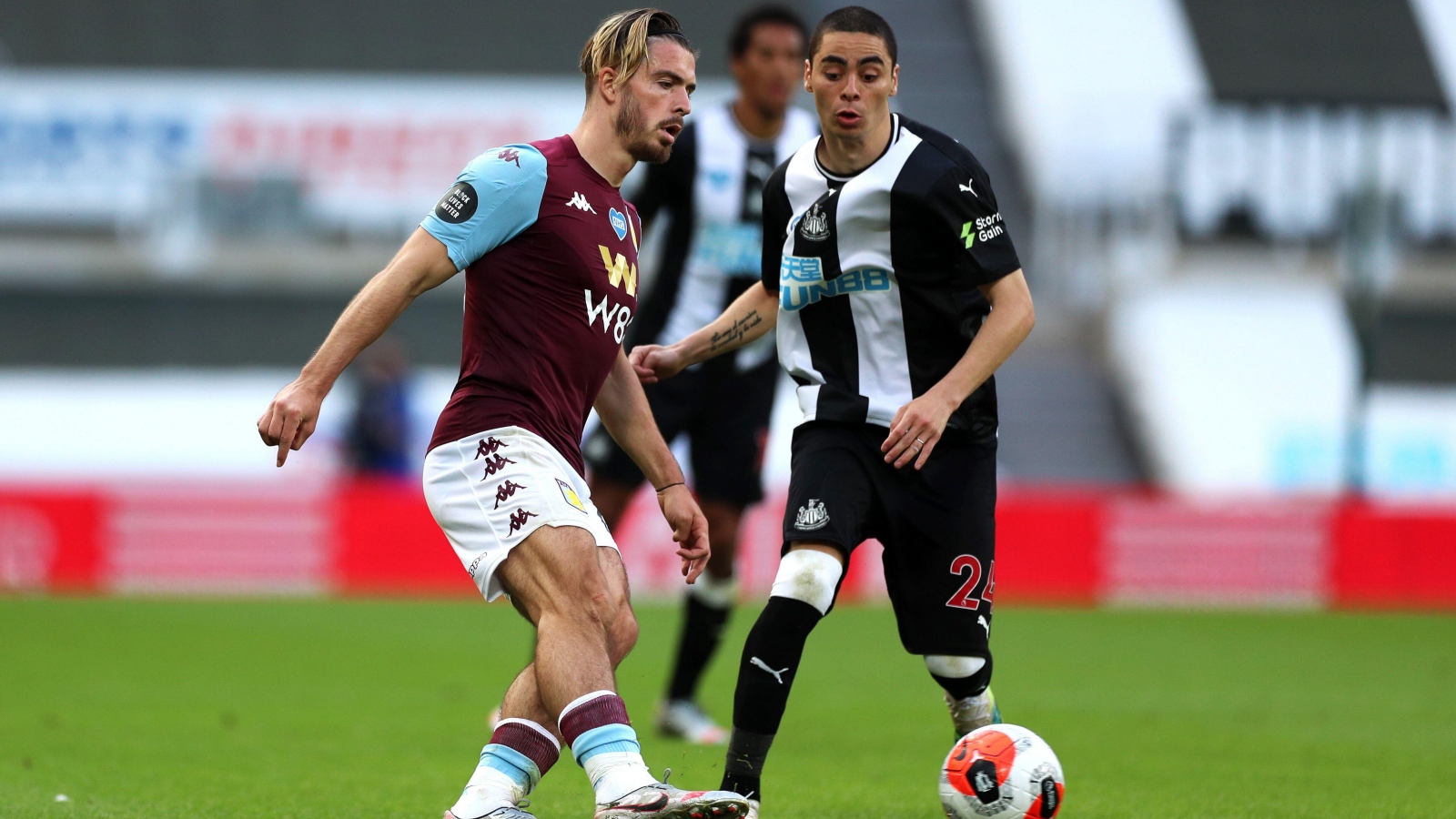 The England international said in a video clip that his teammate Riyad Mahrez “played like Almiron” during City’s title-clinching victory over Aston Villa.

Grealish did not feature during the dramatic 3-2 win over his former club, meanwhile, Almiron played 89 minutes in Newcastle’s win at Burnley.

Mahrez was replaced by Raheem Sterling in the 56th minute, with Pep Guardiola’s side down 1-0 at the Etihad.

After falling two goals behind, City scored three goals in five minutes as they retained their Premier League crown despite Liverpool’s 3-1 win against Wolves.

During the Citizens’ open-top bus parade on Monday, Grealish jokingly said: “Riyad, take him off the pitch, as soon as possible. He played like Almiron.”

Grealish saying that Mahrez should have been taken off the pitch because he was playing like Almiron 🤣 pic.twitter.com/LLAbvbwVqe

Almiron scored one goal in 32 matches across all competitions this season. His sole goal of the campaign – which came against Crystal Palace – won Premier League Goal of the Month for April.

Bernardo Silva was also the subject of more jesting from Grealish, who also said: “The main person I want to thank is Bernardo Silva for coming off in the 70th minute as he was miles off it yesterday.”

Silva was replaced by Ilkay Gundogan, who went on to score twice as he was the hero of the day.

Elsewhere, Raheem Sterling is reportedly considering his future at the Etihad amid interest from Real Madrid.

The Sun claim Sterling’s ‘future remains up in the air’ after he only started 23 times across all competitions in 2021/22.

The 27-year-old has one year to run on his £300,000-a-week contract and ‘plans to have a think about his future once he is finished with England duty in mid-June’.

Sterling’s ‘primary concern is that he continues to play regularly after he lost his place in the team earlier in the season’ with the signings of Erling Haaland and Julian Alvarez making competition for places even greater.