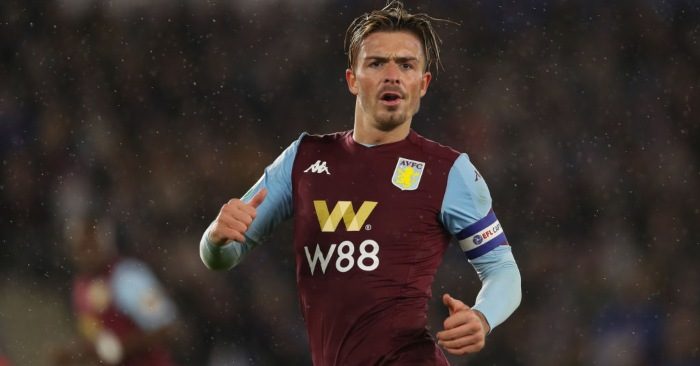 Gareth Southgate won’t see his England players again now until the end of March, ahead of the preparatory friendlies against Italy and Denmark. Who knows how much momentum Jack Grealish will have behind him by that juncture, but if he is to make the squad for the European Championship, it will have to be in March that he makes his case.

Whether he actually gets that opportunity is a different matter. The building momentum behind Grealish may make a call-up more likely, but it will presumably come with conditions and in a role in which he’s destined to fail.

“The reality of that is he’s up against Sterling, Rashford, Hudson-Odoi and Sancho in those wide areas.

“The competition in that area is high level – they’re all good players, Jack’s a very good player – I worked with him in the under-21s so I know all about him.”

That was Southgate back in November. It was concerning. While Grealish can absolutely play as a wide forward – and recently has for Aston Villa – to view him strictly through that lens is surely to miss the finer detail. Yes, Grealish is a wonderfully sleek and skilled footballer, born to take defenders on and to beat them, but that merely describes part of his range.

From a practical standpoint, he has all sorts of virtues that England could use. In central positions and with a regular supply of the ball, he’s an excellent passer, blessed with fine timing and broad vision. He also receives possession extremely well and drifts into space, from where he can re-set and relaunch attacking moves. He’s an attacking player, yes, but with the capacity to promote continuity and play from a team’s heart as well as its periphery.

There’s no sense that Southgate doesn’t know that, but it’s disheartening that he’s choosing to ignore it – that he only seems willing to offer Grealish an England future on such limited terms.

It’s a hereditary ailment. One which Southgate – for all the progress he has engineered – still has in his DNA. With England, there is the system and then the players, with the job of the head coach being to find the right-shaped pieces for their corresponding holes and, ultimately, to discard whatever does not fit that system.

To give the modern FA its dues, that’s probably less true now – the very nature of the contemporary game far less formation-based – but players of slightly tenuous definition continue to be distrusted.

With England, this player – this ethereal, gifted, or just plainly different type – has been a constant source of conflict. Glenn Hoddle is the reference that everyone recognises, but even he was just an extension of the previous generation’s issue with Frank Worthington and Stan Bowles, and a precursor to the Matthew Le Tissier farrago.

Going back even further, into sporting antiquity, it seems remarkable that Len Shackleton won just five caps. It’s easier to explain, because Shackleton played with such unapologetic and – at times – ridiculous decadence, but from a talent standpoint and how ineffectively his was used, Shackleton belongs on any list bemoaning England’s reluctance to get creative.

And they haven’t really evolved their thinking. What seems to have changed, instead, is football’s capacity to produce maverick players. Academies are factories, or at least that’s the perception. They crank out parts rather than players. Right-backs, midfielders and wingers come off the conveyor belt, ready to be welded into a team.

Affix Component 1B in Position X. For all intents and purposes, it’s football by flat-pack assembly.

Grealish shouldn’t be over-estimated. He’s extremely gifted, enormous fun to watch and, so far in this Premier League season, proving himself to be effective at the highest level of the game. But he’s not a generational player, nor is the argument here that any England coach should be trying to build anything around him.

But he’s still a symptom of something which needs addressing and has done for some time. Grealish’s continued exclusion represents the reluctance to think beyond the obvious. In the abstract, with reference to others like Dele Alli, Michael Carrick and Paul Scholes, it speaks really to a lack of coaching agility and a reluctance to explore the potential benefits of unusual ability. All of those players may be different, but they’re bound by not being perfectly cut for a 4-4-2 or 4-3-3 and, as a result, were or continue to be misused by England.

One of the most instructive episodes remains the great hunt for a left-sided midfielder in the late 1990s and early 2000s. It was always interesting that England chose to cram a succession of unsuitable players into the role, rather than trying to think their way around the problem. There’s a further point to be made about the primacy of reputation during that era, of course, but beneath the surface that trend revealed a curious loyalty to system over talent.

If Ryan Giggs couldn’t be nationalised, seemed to go the logic, then the best alternative was just to be find the least worst, already trusted option. Not to explore other ways of playing or by reconceptualising England in a way that stressed other strengths with original selections (Ian Woan?), but by remaining loyal to what they knew.

In Michael Carrick’s case, for instance, the question was never ‘what does he do well and how might a perpetually imbalanced midfield benefit from those attributes?’, but a more myopic wandering over how he could conform to what was already there. Carrick was different to any other English international in his position, which meant – tediously – that rather than being rare, he was actually wrong.

Jack Grealish’s situation is different. The case for him being in the squad – let alone starting for the team – isn’t anything like as strong, but the debate around his candidacy reveals that familiar way of thinking. The conversation isn’t about his unique strengths and how they might be utilised, but – rather – how he compares to players with whom he has very little overlap and, as a result, shouldn’t really be in competition with.

This is another case of a player being overlooked on account of England’s rigid self-identity. If you don’t fit, you won’t work.