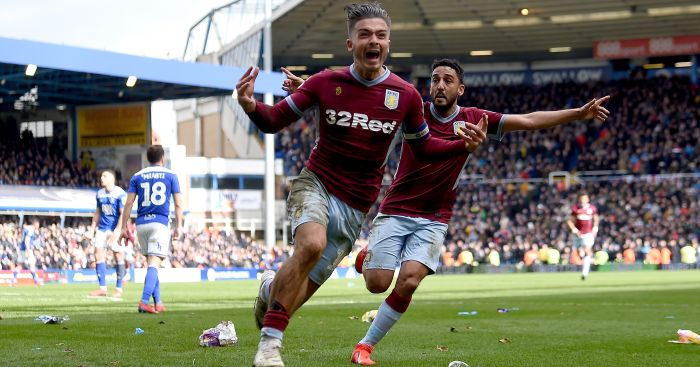 Aston Villa captain Jack Grealish says he was “lucky” that the supporter who attacked him during Sunday’s derby match against Birmingham was not carrying a weapon.

Grealish was punched by Birmingham fan Paul Mitchell, 27, who on Monday pleaded guilty to assault and invading the pitch at Birmingham Magistrates’ Court.

In a statement read into the court record by prosecutor Jonathan Purser, Grealish said: “I cannot help but feel how lucky I was in this incident.

“It could have been so much worse had the supporter had some sort of weapon.”

Pub worker Mitchell also admitted a charge of invading the pitch after magistrates rejected an application for his address to be withheld.

His solicitor Vaughn Whistance told the court: “He cannot explain what came over him yesterday morning. His initial foolish intention was to just go onto the pitch and whip up the crowd.”

Mitchell’s lawyer also said his family have had to leave their home due to threats after the “high-profile” incident.

Mr Whistance told the court: “There have been various comments posted on different social media

“My client’s young family have had to leave their home address to move to outside of Birmingham through fear that they would suffer serious harm or even death.”