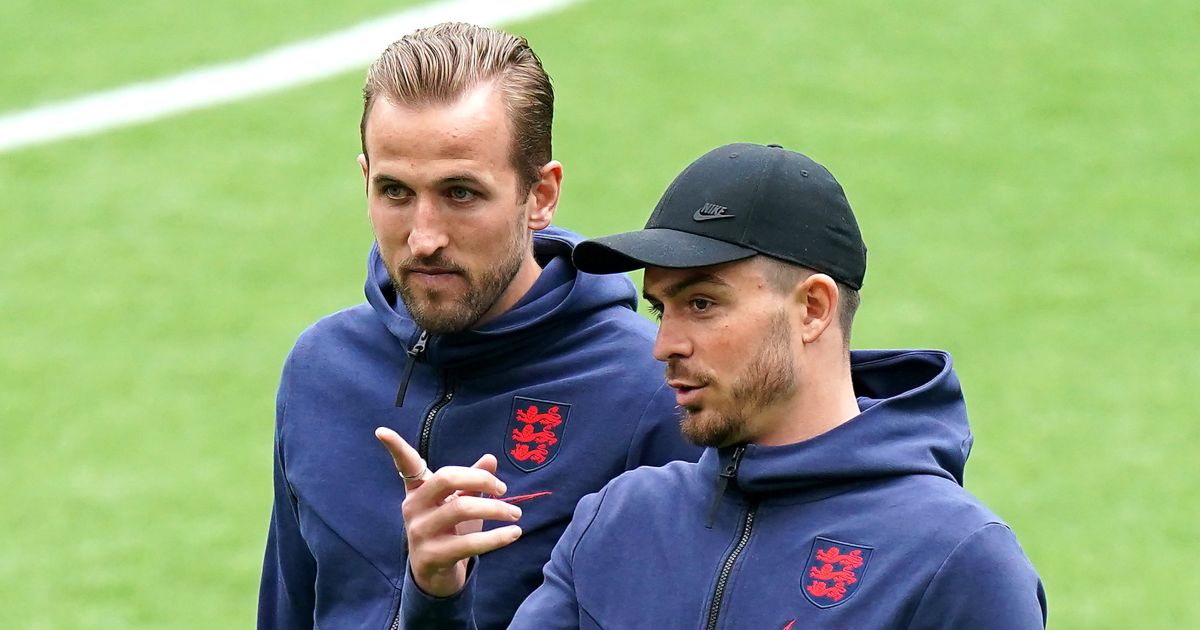 What ‘clever transfer tactic’ are Man City using to get Kane and Grealish? Is it being richer than God?

Inevitably blown over
In The Sun, Martin Blackburn reports that ‘MANCHESTER CITY are ready to make England star Jack Grealish the most expensive signing in Premier League history’, which would price Grealish at over £89m. He then writes that ‘the record may not last long if Spurs get anywhere near the £160m they want for City-linked Harry Kane‘.

Which is odd because it’s only six days since Blackburn himself had a back-page exclusive claiming that City were planning a ‘£225m summer spree’ for Grealish and Kane. By our reckoning that’s at least £25m short; inflation is apparently rampant.

But then that was when The Sun were exclusively claiming – on their front page, no less – that ‘City set for £160m deal’ for Kane, which led Tottenham correspondent Paul Jiggins to write that ‘Kane’s departure is now inevitable’.

Six days later Kane is just ‘City-linked’ rather than inevitably City-bound and Clemmie Moodie is back to writing front-page exclusives about the X Factor. It’s almost like it was all a load of bollocks.

City gent
On The Sun website, they have a big Jack Grealish exclusive.

Because he was in Dubrovnik. And that is a city. For f***’s sake.

Blow job
In the Manchester Evening News, we learn that ‘Jack Grealish must accept unwanted consequence of Man City transfer’. First, we are not sure there is a Man City transfer yet; even the most optimistic reports only claim that City are ready to open the bidding. And second, it turns out that the ‘unwanted consequence’ is that he will no longer be universally loved.

Obviously he has never had to cope with that before…

Nah what. Birmingham fan running on the pitch and punches Grealish😦 pic.twitter.com/4CeGxR84ks

Clever clogs
The Express website have found yet another new angle to these interminable transfer sagas. It turns out that City are doing something very ‘clever’ indeed that will give them a better chance of signing Kane and Grealish for £225m or £250m or however much they might cost:

Is it having more money than God?

‘Manchester City are preparing for the potential arrivals of Harry Kane and Jack Grealish this summer by using a clever financial tactic with their current players. Kane and Grealish are City’s priorities in the summer transfer window, but the huge transfer fees required to land them mean work is needed in other areas.’

Which is presumably why they have already sold £35m of fringe players and may yet sell more, with Bernardo Silva consistently linked with an exit. But no, we are not talking about sales – everybody sells players – but a ‘clever financial tactic’. What could it be?

Ten paragraphs later we find out…

‘Behind the scenes at the Etihad work is underway to try and agree new contracts for the club’s biggest stars.’

There follows a lot of bumpf about amortisation but Mediawatch remains unconvinced that City are offering Ederson, John Stones, Ruben Dias and Phil Foden new contracts for reasons other than a) protecting their value and b) rewarding their performances.

Is it a ‘clever transfer tactic’ to give rejuvenated defender Stones a new contract just 12 months before his current deal expires, or is it simply common sense?

Talk talk
‘Paul Pogba and Raphael Varane hold chat amid conflicting Man Utd futures’ is one hell of a bombastic way for the Mirror website to tell us that France teammates Pogba and Varane were on Facetime this week. Or, in tabloid-speak, ‘just days after the latter’s move to Manchester United was all but sealed’.

Pog portrait
Elsewhere in the world of Paul Pogba…

Can you ‘excitedly pose’? Can you be ‘very enthusiastic and eager’ while standing still? The MailOnline certainly think so.

‘Beaming from ear to ear while leaning into doting father David, Pogba appeared delighted to be in the former England captain’s company.’

Did anybody else have to re-read that to check that Beckham is not actually Pogba’s father?

Clickety-click-click
We end with one of the worst/best examples of clickbait that we have ever seen. And it comes from the Express website and Jack Otway, fast becoming the new Jake Polden. And there can be no greater billing.

We clicked. Of course we did.

Is it the fee? Is it personal terms? Is it a pre-contract agreement?

No, the ‘key Erling Haaland transfer agreement’ is between Chelsea manager Thomas Tuchel and Chelsea owner Roman Abramovich that they would both quite like to sign the best young goalscorer in the world, thank you very much.

Sometimes you just have to applaud.