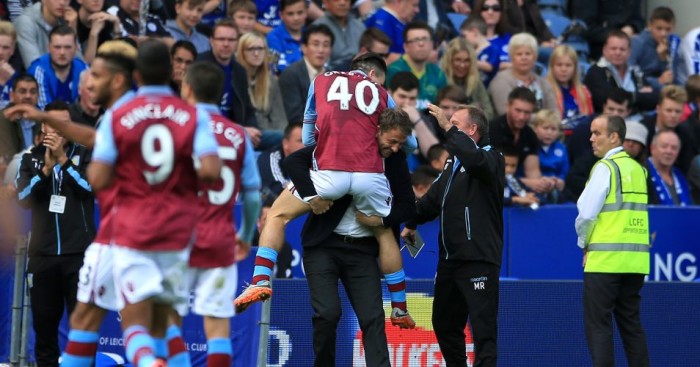 Tim Sherwood has implored Jack Grealish to concentrate on playing for Aston Villa after the midfielder chose to represent England at international level.

Monday brought the news that Grealish had chosen to represent England ahead of Ireland, and club boss Sherwood hopes that the midfielder can now concentrate on progressing at club level.

“We’re looking for some improved performances from him now on the pitch so those international managers are very excited and choose to pick him.

“He’s got a lot of competition there so he needs to make sure that he is playing well for Aston Villa – and we’re sure he will.

“He has loads of potential – and that’s what it is at the moment. He needs to start fulfilling that potential. He needs to improve every season that goes by.

“That will mean he might get picked by England and becomes an international but I think this championship might be a little bit too soon for him.

“He’s got a long way to go. We know what talent Jack possesses.

“But he has to show it on a regular basis. Consistency is everything in this game.”