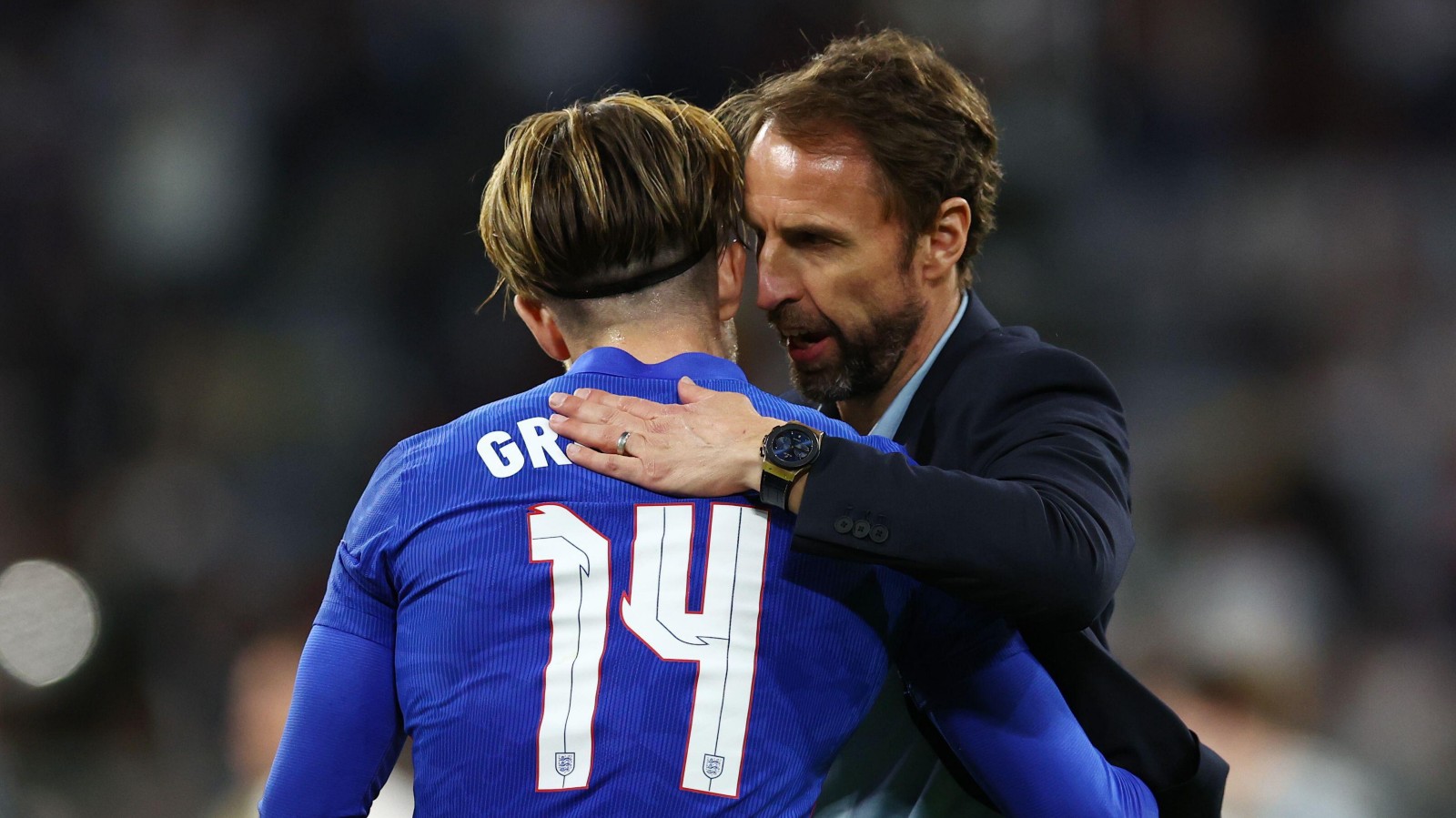 Jack Grealish has explained the disparity in his performances for Manchester City and England.

Grealish had a relatively poor debut season for Manchester City on the individual front, his Premier League winner’s medal offsetting a disappointing return of only six goals and four assists in 38 appearances.

The 26-year-old has continued his fine form for England, however, starring as an influential substitute in the Nations League draw with Germany.

By his own admission, the forward plays “a bit safe” at club level but benefits from more tactical freedom for his country.

Jack Grealish is not the messiah, he’s a naughty boy on the path to obedience

“I feel that I’ve played a bit safe at City,” Grealish said. “But when I come here with England, I train really well, I score goals, get assists and whatnot.

“I do feel like I play with a lot more freedom here and hopefully I can transfer that into my club football and keep on improving.”

On comparisons between Pep Guardiola and Gareth Southgate, Grealish added: “Of course they’re two different managers so it’s always going to be difficult.

“Pep’s a lot more structured. You can’t complain because of what he’s done in the game, how successful he is. Whereas Gareth is more ‘whatever you think’.

“Obviously you have a formation and a structure but he says to me if you feel like you need to go to the other side of the pitch to get the ball then go and do that.

“That’s not really part of the freedom, the freedom is more in myself. Hopefully I can try to transfer that to City.”

The introduction of @JackGrealish has made a difference. You have to take chances to make things happen at this level.

Southgate suggested Grealish has more room to improve for England, however, saying: “If we didn’t trust him we wouldn’t put him on the pitch with 20 minutes to go in the belief he can make a difference.

“At the start of the game the challenge for the wide players was to attack, defend and to try and score goals – high tactical level and you’ve got to be spot on – and that’s an area Jack can get better at.

“What he did do was carry the ball as the game opened up with a little bit more space and opportunity.

“The impact both he and Jarrod Bowen had was really important in those attacking areas.

“There is a good challenge there among those players but we’ve got to keep pushing them.”