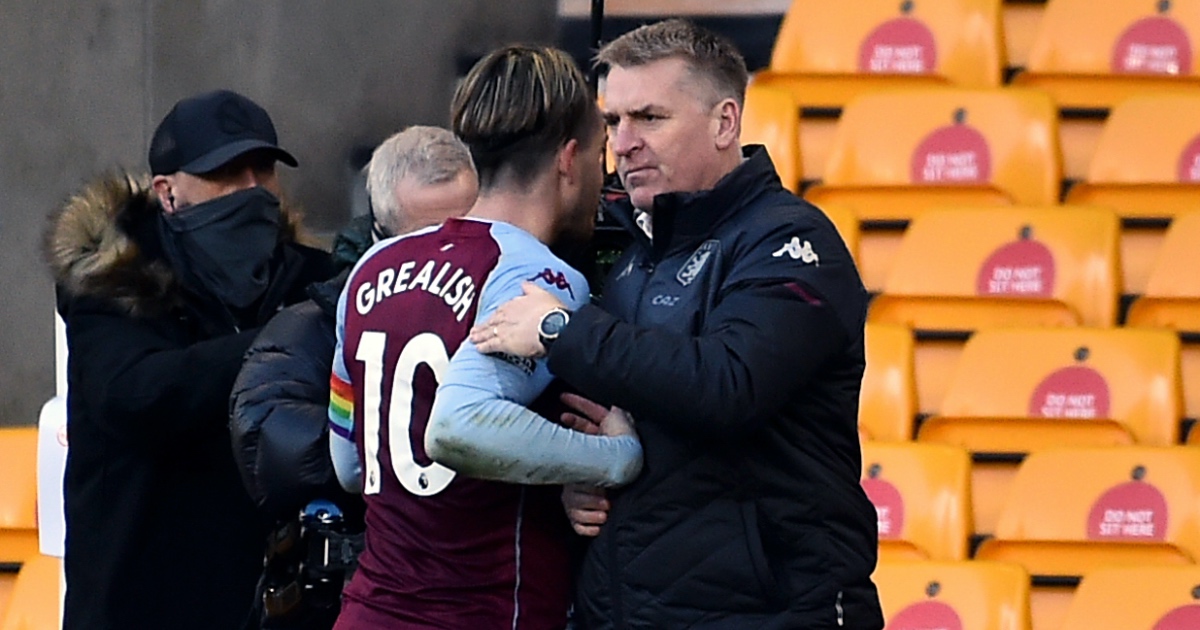 Dean Smith has responded to Paul Merson’s claim that Aston Villa captain Jack Grealish “is on a different planet”.

The Sky Sports pundit said: “Jack Grealish is on a different planet. Honestly, I think he’s that good. I have been saying it for a long, long time now.

“Some of the stuff (he does). The ball is coming into him and he’s just laying it off one-touch, he sees pictures and he goes past players.

“Find me a player better than him, at the moment. Honestly, I think you will find it very difficult.”

Grealish had a hand in all three of Villa’s goals in the last week against Burnley and Southampton, scoring his sixth of the season against the former.

He’s created 67 chances this season – the most in the Premier League – ahead of Bruno Fernandes (60) and Kevin De Bruyne (54).

And Dean Smith was asked what he made of Merson’s “different planet” description.

As for his manager, Dean Smith was asked about his main man and what he made of Merson’s “on a different planet” description.

He told BirminghamLive: “His spaceship lands from Pluto every couple of days!

“No, but seriously, he’s just a fantastic player. Every game you watch him at the moment he’s just playing at a different level. He’s getting better and better and I never thought I’d be saying that, such was his standard (performances) before.

“He’s playing well, works hard in training and works hard off the pitch as well. He’s got a real work ethic to get better. He’s pushing the other players now as well which is great to see.”

Smith was then asked about behind-closed-doors fixtures affecting some of his players and picked out Grealish as an example.

He added: “Different players are affected in different ways. If I’m honest, it took Jack a while to get used to playing without supporters.

“Jack’s one of them players that want that arena to go and show his talents and he found it a little bit tough during Project Restart without fans but he’s found his feet and you look at him now and he’s flying. He’s certainly got used to it.”