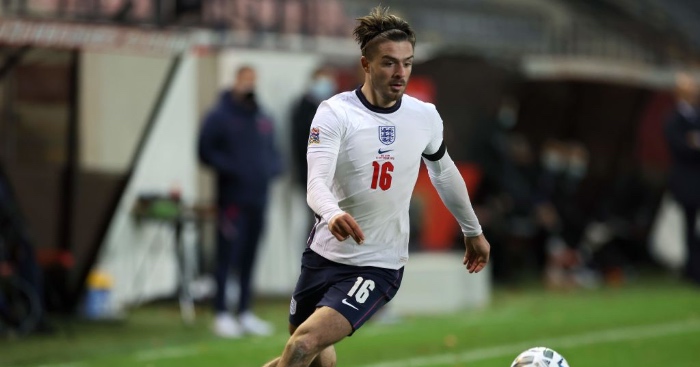 Jack Grealish says he is relishing comparisons being made between him and England legend, Paul Gascoigne.

The Villa captain has been the standout player for Gareth Southgate’s side during the international break and impressed again in his third consecutive start for England as they eased to a 4-0 win over Iceland at Wembley.

Grealish was asked by reporters about the comparison with Gazza after the game and the playmaker said he welcomes it and aims to continue to entertain.

“I thrive off those kind of comparisons [to Gascoigne],” Grealish said.

“I love the way he played football with all the freedom and all the joy… I want to entertain people but I always want to be effective on the pitch like Gazza was too.”

Not unlike Gazza, Grealish is used to the media spotlight and was caught out in his early career.

But the 25-year-old insists he’s matured and can handle the added pressure of being England’s new pin-up.

“I think I’m now old enough and wise enough to handle that [pressure] now,” he said.

“As you get older, you learn you are a hero to a lot of people and you are a role model. I’ve got to take it in my stride, and I’m just loving my life.”