Home Johnny Nic Was the great Jack Grealish a fevered cheese dream? Maybe he only swims as a big fish 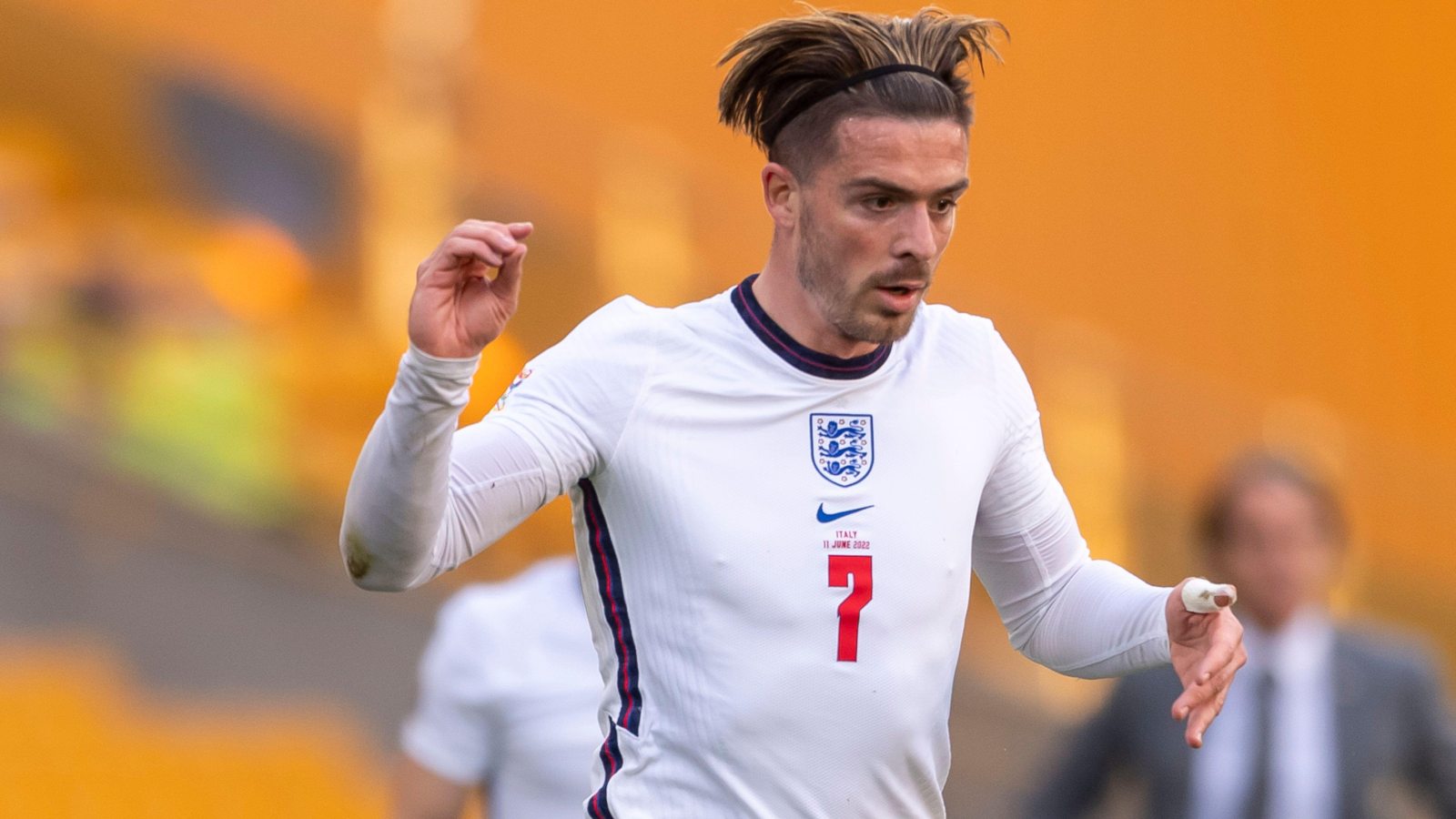 Did we all just invent the great Jack Grealish: a maverick, an unpredictable, talented player with magic in his boots? Is he some sort of collective fevered cheese dream that we’ve just woken up from?

A couple of decent 20-minute cameo appearances from the bench and ‘the clamour’ started once again for him to begin games, just as it had last summer. But when he does start he doesn’t make that much of an impact and everyone is a little deflated.

Grealish is monumentally frustrating, both for England and for Manchester City. Against Italy, in typical fashion, he kept receiving the ball, largely on the left, looked well set, advanced five metres then pulled up and laid it off, back and to his right. Time and again he takes it on the touchline, feigns to run at the defender, but doesn’t and then lays it off. He cuts in from the left, runs past a blocking defender, then pulls up and lays it off again. He seems to have forgotten how to take on a defender and beat him. He seems to have forgotten how to use his left foot too. It’s all tickling and no punching.

The Aston Villa maverick magician has been reduced to being a neat and tidy player whose role is hard to discern. Much of the time he is reduced to being an extra pass in a move that would do better if he was not involved at all. Knock it wide to Jack, Jack advances five metres, stops, turns 90 degrees and lays it off to a man who may as well have taken the initial pass in the first place.

This is hugely frustrating. Why won’t he take the opposition on? Some lay the blame for Grealish’s stagnation on Southgate, others place it at Pep Guardiola’s door. But whether he broke Grealish the way you break a wild horse, it is clear to see that this Grealish is a tame imitation of the man we thought we knew.

Southgate has to try and fix this by insisting Grealish runs at people (if he isn’t already telling him to do this). Insist he plays more vertically and drives into the box. Insist he shoots more. Give him licence to make mistakes. At the moment he looks like he doesn’t want to do anything wrong, so takes the easy way out all the time. For a man who is not usually short of self-belief, it is painful to see. It is as though the game is a training match. He lacks zing and drive too much of the time. Everything he does is tidy enough but too often goes nowhere and has no ambition to do so.

How about not playing him on the left all the time but on the right so he can drive to the line and cross it? The whole cutting inside thing isn’t working. Later in the Italy game he was playing more through the middle and that worked better because his movement was less predictable, but he still wouldn’t take anyone on.

Grealish is now 25 and no longer a young prospect. He shouldn’t just be an impact substitute, if he is really is the Jack Grealish we thought he was; by now he should be England’s talisman. But given his current form, impact sub is obviously his best role.

There is another possibility. Maybe Jack Grealish isn’t as good as many of us had assumed. Maybe he looked great in a mediocre team like Villa. Maybe his light only shone so bright because those around him were so dim? This post-transfer form isn’t a reset, or a recrafting of his game. This is just how he is. There will not be improvement.

It is certainly true that in some ways Grealish is a fiction, an imagined character in a story book. That kind of cheeky, twinkly-eyed, good-natured trickster who scores the winning goal by back-heeling it into the net.

Maybe we have all imagined a great Grealish but the truth is, the real thing is nowhere near as good as the one we’ve invented. It’s not like he’s been Jack Grealish and failed to live up to his promise; it’s that he hasn’t been that Jack Grealish all along.

The great Grealish either never really existed or has had the greatness knocked out of him. I’m not sure which it is, but this inhibited, unambitious, half-powered version just isn’t good enough for England or, one suspects, for Manchester City.