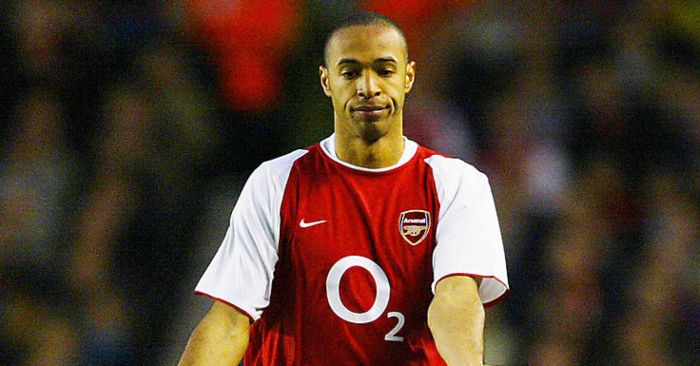 After the ten best players never to win the Champions League, here are some of the greatest teams that didn’t lift the famous trophy. And instead of just naming Arsenal, Atletico Madrid or Mansfield Town, we are talking specific seasons…

Juventus (1996/97 and 1997/98)
Ajax might argue that karma had intervened on their behalf, given the understated doping scandal that later emerged from their 1996 Champions League final defeat to Serie A runners-up Juventus. The Old Lady had lost their away legs against Real Madrid and Nantes, tripping into the final where their pace and power left Marc Overmars and his dominant teammates thinking “there was not something right” as the holders slipped to a penalty shootout defeat.

Juventus even beat Ajax in the 1996/97 semi-finals, only to lose in a genuine upset to Borussia Dortmund at the last hurdle. The Germans had essentially retired Eric Cantona in the previous round but few expected them to hold off an irresistible Juve, yet Paul Lambert marked Zinedine Zidane out of the game and his teammates similarly played the matches of their lives.

Marcello Lippi had quite obviously constructed the best team of the time, as evidenced by a third straight Champions League final in 1998. But Real Madrid won that thanks to Predrag Mijatovic’s second-half goal, with Jupp Heynckes losing his job eight days later after finishing fourth in La Liga. Tough crowd.

Bayern Munich (1999/2000)
Even the most ardent Real fan would struggle to argue they were the best team in Europe at the turn of the millennium. A side that finished fifth in La Liga, behind such luminaries as Deportivo La Coruna, Barcelona, Valencia and Real Zaragoza, was barely operating in the Champions League until the holders, in the words of Raimond van der Gouw, showed “too much respect” at the Bernabeu.

A 0-0 draw with Manchester United in the first leg of their quarter-final meeting gave Vicente Del Bosque’s side enough belief to go all the way. They embarrassed Gary Neville and Fernando Redondo thrilled in a 3-2 win at Old Trafford, before Bayern Munich were beaten by a single goal in the semi-finals and Valencia were dismantled at the Stade de France, like a deer in ruthless pre-Galactico headlights.

Real were fortunate to even advance from the second group stage, finishing as runners-up by virtue of head-to-head record against Dynamo Kiev, who would have progressed had it been decided on goal difference.

The winners of that group were the continent’s finest team at that point, if not the United side that had set them on a course of redemption and vengeance in the previous year’s final. Bayern won the Bundesliga and DFB-Pokal but, despite beating Real 4-2 and 4-1 in February and March, suffered stage fright in Madrid in May. Ottmar Hitzfeld and pals would have to wait another year to exorcise the demons of 1999.

Arsenal (2003/04)
Arsene Wenger came within 14 minutes, a Jens Lehmann red card and a Henrik Larsson cameo of finally becoming a European champion in 2006. Yet Arsenal saw arguably their best chance come and go two years prior, when the Invincibles stood on the precipice of immortality and understandably lost their footing.

Thierry Henry was right: it is oft forgotten that they suffered the sort of fixture congestion over a decade and a half ago that is cause for common complaint in the current day. Arsenal simply had to knuckle down and prepare for a run of seven games in 22 days that could have helped define them as the greatest team in history: Bolton, Manchester United, Liverpool and Newcastle in the Premier League, United in the FA Cup semi-final and Chelsea in a two-legged Champions League quarter-final.

Arsenal kept their precious unbeaten league record intact but fell in both cup competitions, most painfully so in Europe. After a Robert Pires away goal cancelled out Eidur Gudjohnsen’s opener in the first leg at Stamford Bridge, most expected a Chelsea side without the suspended Marcel Desailly and on a 17-game run without a win against their neighbours to wilt at Highbury.

Not so. Arsenal had already beaten the Blues three times that season and even took a first-half stoppage-time lead through Jose Antonio Reyes, but few could ever truly counter the goalscoring knack of Frank Lampard and… *checks notes*… Wayne Bridge?

Porto went on to lift the trophy, Claudio Ranieri f**king it in the semi-final against Monaco, who themselves triumphed over Deportivo in a particularly weak last four. To think, Wenger and Arsenal could have stopped the meteoric rise of Jose Mourinho before it ever truly began, like a football version of the TV trope of going back in time to kill a young Adolf Hitler.

Chelsea (2004/05)
Chelsea would get theirs soon enough. One could even make a case for Antonio Conte’s 2016/17 side being the best in Europe during their “palpable discord” years, but they really ought to have reigned at least once a decade before.

Their moments came in 2005 and 2007, Liverpool crashing the coronation on both occasions. While Barcelona were worthy Champions League winners in 2006, beating Chelsea en route, the Blues would perhaps have won either side had they not encountered Rafael Benitez and his infuriating European excellence.

Chelsea had finished runners-up to United in the season of their Champions League semi-final penalty shootout defeat at Anfield, of course, but how they did not beat Liverpool at the same stage two years prior remains a mystery. The Luis Garcia goal that never was, the late Gudjohnsen miss that continues to defy belief and the home side’s loss of the suspended Xabi Alonso stacked the deck in Chelsea’s favour, but they folded in remarkable fashion.

Mourinho’s side had finished 37 points ahead of their conquerors in the Premier League, winning both meetings 1-0 and beating the Reds in that year’s League Cup final. But they froze at the penultimate step and Roman Abramovich was made to wait seven more years to win his holy grail.

Atletico (2013/14)
The Champions League final has been contested between two teams from the same nation seven times. Save for Real’s victory over Valencia, Milan snoring past Juventus three years later in 2003, and Atletico falling foul of their bitter rivals in 2014, the highest-placed team in their league has emerged winners on each occasion.

That third one still stings. Diego Simeone had engineered a breathtaking coup of La Liga, winning their first title in 18 years and remaining the only team other than Barca or Real to reign in Spain since 2004. Los Colchoneros even stayed unbeaten in Europe with a miserly defensive record of six goals conceded in 12 games.

Diego Godin gave them a well-earned lead in the final, one they would protect for almost an hour as they walked towards the light at the Estadio da Luz. Sergio Ramos then struck in the third minute of stoppage-time and Real ran rampant in the extra 30 minutes to finally win La Decima.

“When you give everything you cannot ask for more. There is another team and other players out there and that is football,” was Simeone’s magnanimous take. Even so, he must have known that should’ve been Atletico’s moment.

Man City (2017/18)
In a particularly poor season for variation, 2017/18 saw the Bundsliga, La Liga and Ligue Un all won by 21, 14 and 13 points respectively, with only Napoli putting up an ill-fated opposition to the elite. Even then, Juventus still lifted another Scudetto.

The Premier League followed the pattern as Manchester City barely held off their challengers to win the title by a meagre 19 points. Pep Guardiola’s side outscored every team across Europe’s top five leagues bar one – PSG – while keeping a defensive record (27 conceded) that only Juve (24) and Atleti (22) could beat.

Yet drawing Liverpool in the Champions League quarter-finals simply reinforced their European hoodoo. An imperious City at their absolute peak was dismantled in 19 ferocious minutes at Anfield and beaten in Manchester’s return leg, somewhat unfortunate to bump into Jurgen Klopp, his players and their bus-welcoming fans at the height of their two-legged continental powers.

Real, a distant third in La Liga, went on to lift the trophy by beating Liverpool, who had navigated a tricky but winnable semi-final against Roma. It was City’s for the taking.